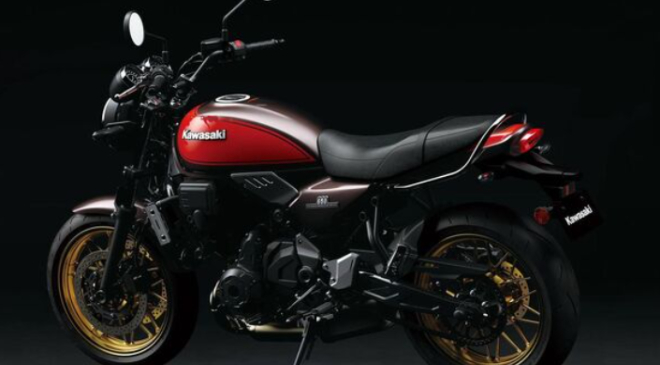 Just a few weeks after the global reveal, Kawasaki has announced the launch of the new Z650 RS 50th Anniversary Edition in the Indian market. The new special edition model has been priced at ₹6.79 lakh (ex-showroom), which is marginally ( ₹5,000) more expensive than the standard model already on sale in India.

The company has also opened order books for the model across the country and the deliveries are also expected to commence soon.

For the extra price, the company has added a unique paint scheme on the motorcycle which commemorates the iconic Kawasaki Z1 motorcycle.

The new scheme has been christened ‘Firecracker Red’ which was also a fairly popular colour back in the ’80s. Apart from the new colour scheme, the bike also gets a new chrome grab rail and golden rims to further complete its retro looks.

Save for the addition of the new paint scheme the motorcycle remains more or less the same.

There is the same 649cc, parallel-twin engine which churns out the same 67.3bhp of maximum power at 8,000rpm, backed up with 64Nm of peak torque at 6,700rpm. The transmission also is the same 6-speed unit.

The cycleparts include the same 41 mm telescopic fork with 125 mm travel, Horizontal Back-link with adjustable preload with 130 mm, Dual semi-ﬂoating 300 mm discs up front backed up with a single 220 mm disc at the back. It also continues along with the same lightweight trellis frame since it is basically the same bike.