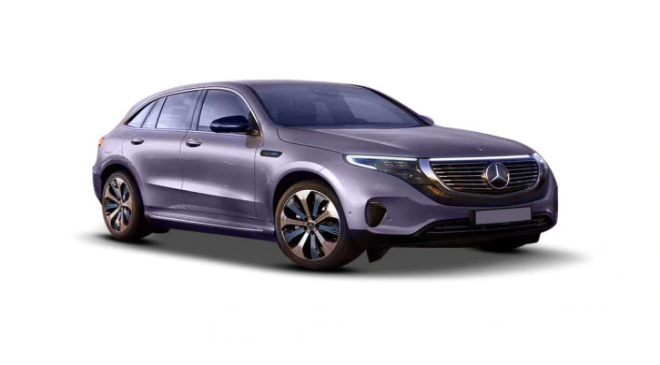 Mercedes-Benz India has finally launched the EQC electric SUV in India at an introductory price tag of Rs 99.30 lakh (ex-showroom) for the first 50 units. It will be initially offered in six cities only: Delhi, Mumbai, Pune, Hyderabad, Bangalore and Chennai.

The EQC is powered by twin electric motors that develops 408PS and 760Nm, driving all four wheels. It draws power from a 80kWh battery pack and the all-electric SUV has NEDC (New European Driving Cycle) claimed range of over 450km. Yes, the battery pack supports fast charging, juicing up from 10-100 per cent in 90 minutes via a 50kWh fast charger. It can do 0-100kmph sprint in 5.1 seconds before hitting an electronically limited top speed of 180kmph.

The All-Electric SUV comes equipped with twin electric asynchronous motors which generate 408hp/300kW and 760Nm having an emission standard of EU6, which is powered with a 80kWh lithium-ion high-voltage battery and has a fastest charging time ( 10-100 percent via 50kWh fast charger) in 1.5 hours along with a NEDC (New European Driving Cycle) claimed range of over 450km. Power is driven to all-four wheel drive and does a 0-100kmph run in 5.1 seconds, with the top speed electronically limited to 180 kmph.

The Company’s first All-Electric SUV will be competing with the upcoming Audi e-tron and the Jaguar i-Pace.

The EQC is available in the sole 400 4MATIC variant.