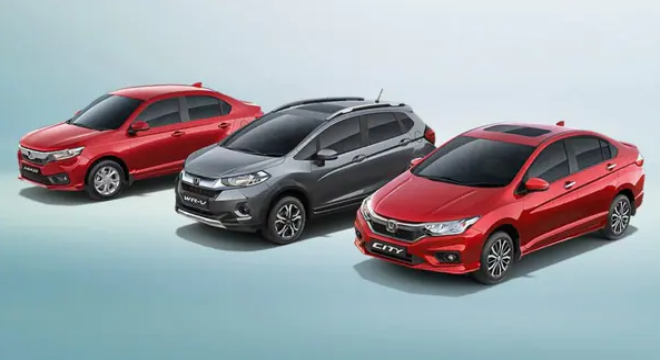 Honda is offering discounts of up to ₹35,000 on select models in February. Honda’s discounts this month is extended across its lineup which includes City, Amaze, WR-V and Jazz.

Honda Cars India continue to offer heavy discounts on its cars for customers in India in February. The Japanese carmaker has announced discounts across its existing lineup in India. The offer is available throughout the month.

The discounts are available on Honda cars like City, Amaze, WR-V and Jazz. The discounts go up to as much as ₹35,596, depending on model and variant.

The older generation City sedan also gets discount. However, the discount amount for the fourth generation City is much less and restricted to the petrol models. Honda is offering ₹20,000, which include only car exchange bonus, loyalty bonus and corporate discounts.

Honda’s premium hatchback Jazz gets the second highest discount among the other cars. Honda is offering a discount of up to ₹33,158 on the petrol variants of Jazz. One can either choose cash discount of ₹10,000 or pick official Honda car accessories worth ₹12,158 besides other regular discounts.

Last month, Honda registered a three percent dip in its sales with 12,149 units. The company sold a total of 12,552 units during the same month a year ago. The Japanese auto giant’s domestic sales stood at 10,427 units last month as compared to 11,319 units in January of 2021.