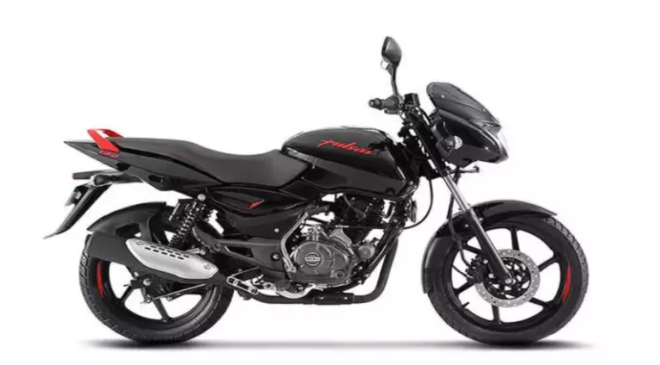 One of the biggest reasons behind Pulsar’s popularity is the accurate mixture of styling, performance, and exhaust note, which appealed to the budding bikers.

An ideal combination of fuel efficiency, muscular style, and value for money has made the Bajaj Pulsar 150 the one of the highest-selling commuter bikes in India, even after the arrival of several new competitors.

The look of 150 is inspired by the Pulsar 180. We seethe identical suspension up front with a similar headlight. The tyres and suspension are thicker, accompanied by broader discs and a single channel Anti-lock braking system (ABS).

While the DNA of Pulsar 150 remains similar in terms of styling, the reliable commuter bike has received new colour schemes and multiple variants. One of the most notable colour schemes is the Neon series, which includes a combination of contrast colours like the matte-finished metallic grey with neon yellow highlights.

The new edition of Pulsar 150 has further received four new colour schemes in addition to the Neon series. It includes the Volcanic Red, which has three colours, Matte red combined with Black and flashes of white. You also get Sparkle Black, Sapphire Blue and Pearl White.

The split seat design has been continued in the new edition too. The seats are comfortable for both the rider and the passenger. You get a relatively straight stance with just a slightly bent, making your posture appear sporty yet comfortable enough for long drives. The leg stance is slightly rear which further adds to the sporty stance.

The Pulsar 150 is equipped with a 149.5cc air-cooled single-cylinder engine. It is BS6 compliant and is a fuel-injected engine that delivers 13.8bhp of maximum power and 13.4 Nm of peak torque. The bike comes with a five-speed transmission where the gears are all single-sided.

Due to the upgraded fuel-injected engine, the performance of the new 150 feels a lot more refined and smooth. There is a slight decrease in the power and an increase in the weight, which is felt during the initial pick up. However, once you reach the mid-range, you feel the refinement and zero vibrations, making the ride pretty enjoyable. Even the new 150 looks heavier; the design is sleek, making it easier to filter through traffic and cut corners with ease.Read MoreFind Bajaj Dealers Near You

Find Bajaj Dealers Near You