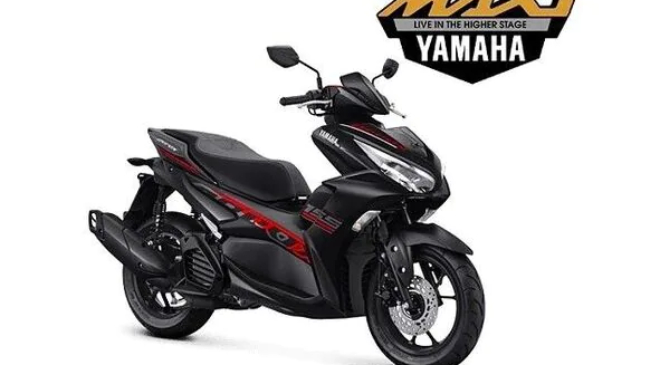 The ABS trim of the new Yamaha Aerox 155 scooter now gets options such as Matte Black Gold and Matte White Gold.

2022 Yamaha Aerox 155 has been introduced for the market of Indonesia. The same model is also expected to arrive in India later this year. For 2022, the scooter has been updated with mainly visual updates.

The scooter now gets six new colours options as part of the yearly update.

Apart from the addition of the new colour options, the rest of the scooter remains more or less the same. The scooter continues along with the same 155cc, liquid-cooled engine with VVA tech. For the record, it is the same engine as the YZF-R15 motorcycle. The engine comes mated to CVT gearbox unit which delivers 15bhp of maximum power.

Apart from the new Aerox, Yamaha has also recently updated the Nmax 155 scooter new colours. Like Aerox, Nmax also comes based on the same engine and platform as the YZF-R15. Both the Aerox and the Nmax aren’t very different, as they come built on the same technology and concept. Thus chances are that Yamaha Motor India may never launch the Nmax 155 in the market here in the country anytime soon.