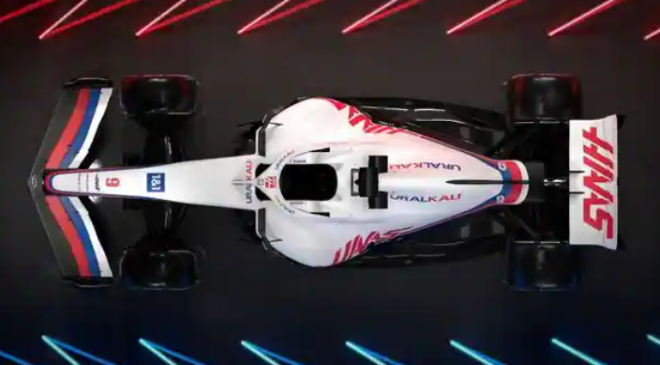 The VF-22 comes as the seventh Haas Formula One car and the first to emerge from the US-based team’s all-new design house in Maranello.

Haas has become the first team to reveal its Formula One race car for the 2022 season. Christened as VF-22, the 2022 season F1 race car comes with a host of technologies and designs that comply with the new regulation set by FIA. The team has revealed the car through digital renderings and it will unveil the physical car in Barcelona pit lane on the first morning of pre-season running.

Back in 2020, the F1 team opted not to develop its 2021 car. Instead, it put 100 per cent of resources on the 2022 race car in an attempt to be back on the circuit. Now, the team is back with a bang in the current season that is scheduled to start soon.

The VF-22 comes as the seventh Haas Formula One car and the first to emerge from the US-based team’s all-new design house in Maranello. It wears the livery that comes as an evolution of last year’s predominant white design. Mick Schumacher and Nikita Mazepin will be in the cockpit of the Haas race car this season. The team finished 10th in last year’s championship. Also, it was the only team not to score.

Speaking about its 2022 Formula One car, the racing team has said that it made a decision back in 2020 to channel its time and resources into the VF-22, foregoing anything track-related for 2021. The company hopes that this decision would bear fruit and the team will return to challenging for points and taking something from the upcoming championship.

Haas’ Team Principal Guenther Steiner said that with this new car that has been born out of a completely new set of regulations and with the team’s new design team in place, it is confident about showcasing competitiveness.

In order to promote closer racing, the FIA and F1 rewrote the rules this year. The new Formula One race cars this season will come featuring a ground effect floor, simplified front wing and dramatic rear wing. Also, they will run on new and larger Pirelli 18-inch tyres in the 2022 championship.