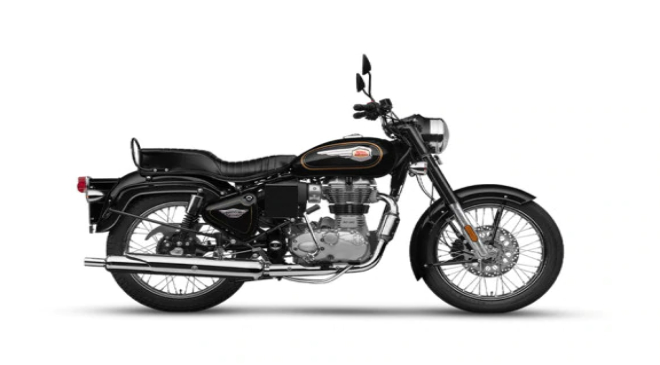 Royal Enfield has revised the prices of its entire range. And the starting price of the ageing Royal Enfield Bullet 350 has gone up by nearly Rs 7,400. Check out our story for more details.

When the Royal Enfield Bullet 350 BS6 was launched, it commanded a premium of Rs 5,910 over the previous-gen BS4 model. But with subsequent hikes over the months, the price gap has widened even further.

The Royal Enfield Bullet 350 is the oldest motorcycle in continuous production. Over the years, it has stayed more or less the same, with only minor modifications to help it comply with our ever-evolving safety and emission norms.

The Royal Enfield Bullet 350 BS6 uses the same 346cc single-cylinder thumper as the Royal Enfield Classic 350 BS6. The motor produces 19.3PS at 5250rpm and 28Nm at 4000rpm. The gearbox continues to remain a 5-speed unit. The engine nestles inside a traditional single downtube frame linked to a telescopic front fork and twin rear shock absorbers. Braking hardware remains the same as the BS4 version, with a front 280mm disc and 153mm rear drum brake. Royal Enfield had introduced single-channel ABS back in 2019 itself.

Over the years, the Royal Enfield Bullet 350’s design has remained more or less the same. Royal Enfield has kept it intact as it evokes the sense of nostalgia associated with basic no-nonsense British motorcycles. The round headlamp with chrome nacelle, the iconic ‘Tiger lamps’, the classic-styled fuel tank, and the single-piece quilted leather seat are all in tune with the bike’s retro look.

The Royal Enfield Bullet 350 BS6 continues to be a simple, no-frills motorcycle. It doesn’t get any modern features, apart from a fuel injection system and a single-channel ABS. It comes with an analogue instrument cluster, showing only the speedometer and odometer readings, apart from the tell-tale lights. The amp meter pod has been replaced with an engine check light and low fuel light in the BS6 iteration.

Alternatives to the Royal Enfield Bullet 350 include the Jawa, Honda H’Ness CB350, and the Benelli Imperiale 400. That said, all these motorcycles are technologically superior and each one of them is considerably more expensive than the Bullet 350.

The Bullet 350 BS6 is offered in two variants: standard and ES. Apart from the electric starter, the ES variant also gets brighter colours on the fuel tank, along with a blacked-out finish on the powertrain and underpinnings. After the recent price hike, the standard variant costs Rs 1,58,485 for the Bullet Silver and Onyx Black colour variants, and Rs 1,65,754 for the Black colour option. On the other hand, all the three colour variants of the Bullet 350 ES (Jet Black, Regal Red and Royal Blue) are priced at Rs 1,82,190. All prices are on-road Delhi…Read More