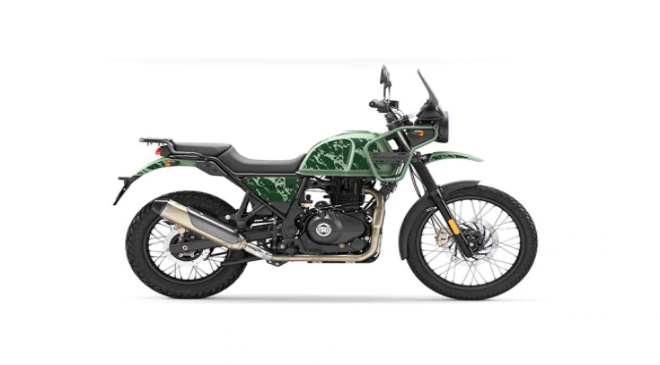 Royal Enfield has revised the prices of its entire range. Some colour variants of the Royal Enfield Himalayan now cost around Rs 8,400 more, which is quite hefty. Check out our story for more details.

Royal Enfield launched the 2021 Himalayan back in February 2021. While not a complete makeover, the aesthetics and ergonomics have been tweaked to improve the overall package. The most significant update here comes in the form of the Tripper Navigation system. Head here to read our full launch story.

The 2021 Himalayan still features the same BS6-compliant 411cc single-cylinder engine which produces 24.31PS and 32Nm. No changes have been made to the five-speed gearbox, though. The 2021 Himalayan remains a capable off-roader, suspended by long-travel suspension units at both ends. It is the only affordable adventure tourer in India to get a 21-/17-inch spoke wheel setup that comes shod with dual-purpose CEAT tyres. Braking hardware comprises a 300mm front disc with a twin-piston caliper and on the rear wheel, you get a 240mm disc with a single-piston caliper. Dual-channel ABS comes as standard which is switchable for more fun.

We have always been impressed with the simple and rugged design of the Royal Enfield Himalayan. The new colours make it look more delectable, heightening the appeal of the adventure motorcycle. In addition, the new windscreen, revised tank braces, and new tan brown seat (only for Mirage Grey colour) also add to the aesthetics of the Himalayan.

The Himalayan isn’t overloaded with features but following the 2021 update, the package has improved. The instrument cluster looks virtually the same as before, but there’s a new pod for the Tripper Navigation system. The system enables enthusiasts to explore uncharted territories with ease as the system offers accurate turn-by-turn navigation. However, LED lights are still missing.

What is good and bad in Himalayan?