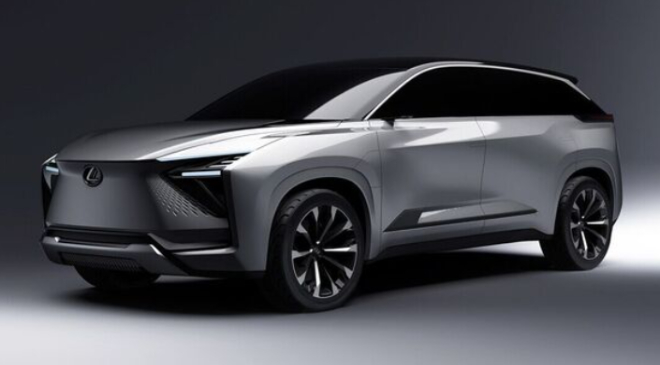 Lexus along with Toyota teased its upcoming electric prototypes before the end of 2021 including vehicles such as wagons, a convertible, and a hypercar as well as crossovers and SUVs. And while Lexus plans to premiere the RZ 450e this year, it has also teased another electrified SUV that would likely sit somewhere above the RZ 450e in the brand’s lineup.

The new Lexus electrified SUV looks like one of the seven vehicles that the carmaker had teased in December but it seems to be larger than the RZ 450e, but it might not be the range-topping SUV model. The electrified SUV wears the same new spindle grille that is seen on other Lexus electric prototypes.

Though the front of the vehicle looks familiar, the rear looks neat. The rear bumper features vent creases and a full-width taillight bar that appears to extend around the rear fenders and over the tyres. However, Lexus could add some more design changes if and when the SUV enters production.

Toyota and Lexus have plans to offer 30 EVs by the end of the decade with Lexus starting its endeavor with the RZ 450e that is set to debut sometime this year. The model borrows the underpinnings with the Toyota bZ4x and Subaru Solterra. However, Lexus hasn’t revealed if that platform will underpin other Lexus EVs.

In a separate development, late last month Lexus revealed a hydrogen-powered recreational off-highway vehicle (ROV) concept that ensures an adventurous drive with zero-emissions. The ROV has been designed as a luxury offering without losing out on its ruggedness and performance. It boasts of a bold design with exposed suspension, a protective cage and chunky off-road tyres that can take it past muddy tracks.

The Lexus ROV concept embodies the sound of an ICE vehicle as well as the responsive rise in torque. To achieve this, the ROV is powered by a 1.0-litre hydrogen engine that works with a high-pressure tank for compressed hydrogen which is delivered by a direct hydrogen injector.