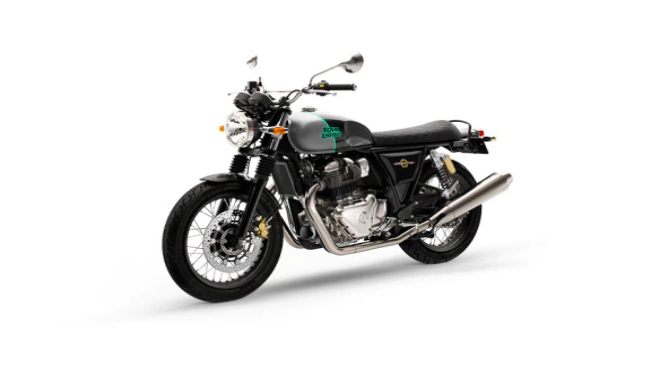 Royal Enfield has revised the prices of its entire range. After the revision, the Interceptor 650 starts from Rs 2,85,970 and goes up to Rs Rs 3,10,001 (ex-showroom). For variant-wise pricing, check out our story.

An interesting test mule of the Royal Enfield Interceptor 650 has been spotted. And it bears a new exhaust system that could make it easier to live with. Full details in our story.

The 120th Year Anniversary Edition of the Royal Enfield Interceptor 650 was recently unveiled at the 2021 EICMA show in Milan, Italy. It comes with several painstaking attention-to-detail bits, and you can read more about what makes this variant special here. For its pricing, check this out. If you’re planning to buy one, you’d be disappointed (and also surprised) to know that every single bike on the roster was sold out in under two minutes!

For 2021, Royal Enfield had given its 650 twins a fresh set of colours and a few additional bits and bobs to spruce them up. While the changes are merely cosmetic, the asking price went up considerably. But thankfully, the bike still remains the most affordable multi-cylinder bike that you can buy in the country and it still offers a soulful riding experience. More details on the colour updates in our story here.

In March 2021, a souped-up Interceptor, built by Mid Life Cycles, managed to obliterate the land speed record for a 650cc motorcycle in Australia. Here are more details on that amazing feat.

The Interceptor 650 BS6 gets a simple yet eye-catching retro design. The BS6 and BS4 Interceptor 650s look identical and Royal Enfield have even managed to neatly hide the catalytic converter underneath the motor. In fact, the only way to tell them apart is by a BS6 stamp on the BS6 motorcycle’s engine cooling fin. It continues to be available in six colours: Orange Crush, Silver Spectre, Mark 3, Ravishing Red, Baker Express, and Glitter and Dust.

The Royal Enfield Interceptor 650 BS6 gets basic features such as a halogen headlamp setup, bulb tail lamp and bulb turn indicators. It gets a twin-pod analogue instrument console with a digital inset. The console includes the speedometer, tachometer, with a digital fuel gauge and odometer.

The Royal Enfield Interceptor 650 BS6 has no direct competitors, except for its sibling: the Royal Enfield Continental GT 650 BS6. Price-wise, it competes with the KTM 390 Duke BS6.

What is good and bad in Interceptor 650?