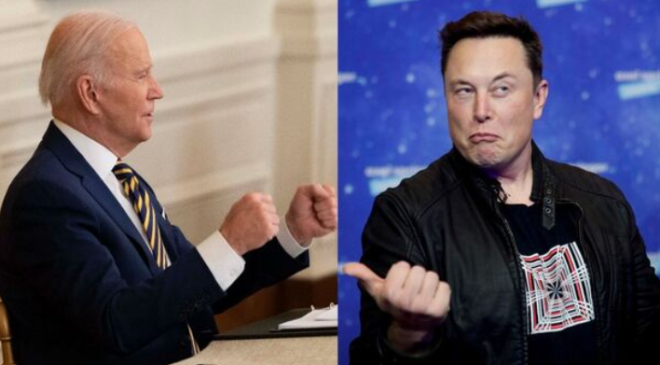 Joe Biden mentions Tesla, along with GM and Ford, in his latest statement on electric vehicles in the US.Tesla CEO Elon Musk had called Biden various names for ignoring Tesla.

US President Joe Biden finally acknowledged the role Tesla has played in shaping the country’s electric vehicle movement after months and months of apparently ignoring the Elon Musk-led company that dominates the field of battery-powered mobility. Musk, the world’s wealthiest person, had previously fired several salvos against Biden – even referring to him as a ‘damp sock puppet in human form’ – after having been snubbed from various CEO-level interactions.

Musk is likely to now calm his angst against the US President after Biden made a mention of Tesla recently. “From iconic companies like GM and Ford building out new electric vehicle production to Tesla, our nation’s largest electric vehicle manufacturer, to innovative younger companies,” Biden said, referring to the surge of EV production within the US.

The Musk vs Biden tussle has not just been about White House apparently snubbing Tesla from various interaction events, although that is one important part. Biden had met with General Motors Chief Executive Mary Barra just last month and heaped praise on the auto maker. He had also cited how GM and Ford are leading the EV revolution. Biden had also been at the wheels of a Ford F-150 Lightning electric vehicle last year.

But Musk’s anger has also been directed against Biden’s plans of offering an additional $4,500 tax incentive for US-built EVs at unionized facilities. In fact, a White House representative, when asked why Tesla wasn’t invited to a Biden-CEO meet last August, had hinted on the unionized part.

Whether one invites Musk or not, or whether one mentiones Tesla as a formidable player in the EV space, the ground reality remains that Tesla is indeed a formidable player leading the EV charge in the US and the world over. It is the most valuable auto company in the world and its lead in the EV space is expected to remain intact for years to come.