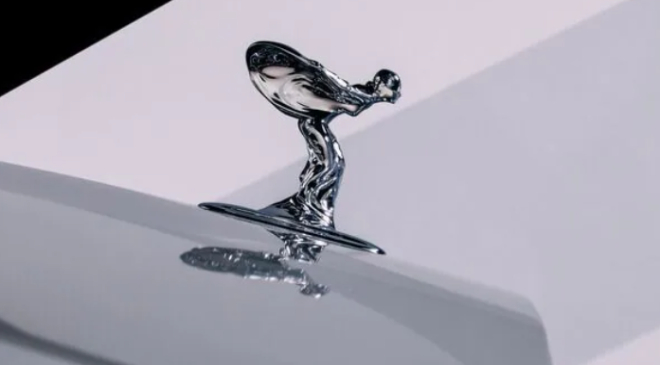 Rolls-Royce claims the redesigned mascot comes in line with the Spectre’s aerodynamic efficiency.

British luxury car brand Rolls-Royce has revealed a redesigned version of its iconic Spirit of Ecstasy mascot after 111 years since the inception of the original design. The new brand mascot is due to be incorporated first on the auto company’s first electric vehicle, Rolls-Royce Spectre which will be the most aerodynamic car the company has yet produced.

The original mascot was incorporated on 6th February 1911.

Rolls-Royce claims the redesigned mascot comes in line with the Spectre’s aerodynamic efficiency. The Spectre is claimed to come as the most aerodynamically efficient car from Rolls-Royce. The figurine is claimed to have been remodelled with a lower and more dynamic stance that bears a closer resemblance to the original sketches made by British designer Charles Sykes.

The new mascot comes around 17 mm shorter than the current design. It comes as 82.7 mm tall and the mascot’s robes that are often mistaken for wings have been redesigned to be more aerodynamic. The new mascot is claimed to have been taken 830 hours to design modelling and wind tunnel testing.

Rolls-Royce says the new mascot emphasises more on speed through its stance. “Now, she is a true goddess of speed, braced for the wind, one leg forward, body tucked low, her eyes focused eagerly ahead,” said the British luxury car marquee. It also claims that each of the new Spirit of Ecstasy will be minutely different from the last one, as they will be hand-finished after the traditional wax-casting process.

Speaking about the redesigned mascot, Torsten Muller-Otvos, Chief Executive Officer, Rolls-Royce Motor Cars, said that the Spirit of Ecstasy is the most famous and desirable automotive mascot in the world. “More than just a symbol, she is the embodiment of our brand, and a constant source of inspiration and pride for the marque and its clients. Like our brand, she has always moved with the times while staying true to her nature and character. In her new form, she is more streamlined and graceful than ever before – the perfect emblem for the most aerodynamic Rolls-Royce ever created, and for gracing the prow of our bold electric future,” he further added.