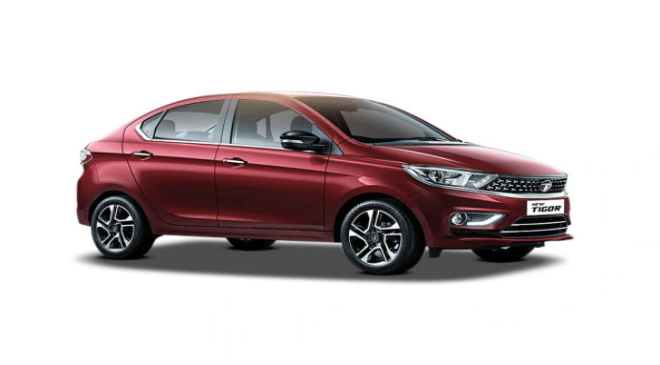 Since its launch on January 19, the CNG variants of the Tata Tigor and Tiago have crossed over 3,000 unit sales. The CNG unit comes paired with a 73PS 1.2-litre CNG powertrain and a 5-speed manual gearbox. It is offered in XZ and XZ+ trims.

Tata has priced the Tigor from Rs 5.8 lakh to Rs 8.42 lakh (ex-showroom pan-India). Its alternatives are the Honda Amaze, Maruti Suzuki Dzire, and Hyundai Aura.

The Tigor is priced from Rs. 5.79 – 8.41 Lakh (ex-showroom Begusarai). Tigor comes in 11 variants of spec and feature combinations and available in 7 colours. The price of Tigor petrol variants ranges between Rs. 5.79 Lakh to Rs. 8.11 Lakh. The prices of Tigor CNG variants start at Rs. 7.69 Lakh and the top-end CNG is priced at Rs. 8.41 Lakh. Tigor also comes with 2 automatic variants starting at Rs. 6.89 Lakh.

The Tata Tigor is available in six broad trims: XE, XM, XMA, XZ, XZ+, and XZA+. The CNG powertrain is limited to the top-spec XZ and XZ+ only.