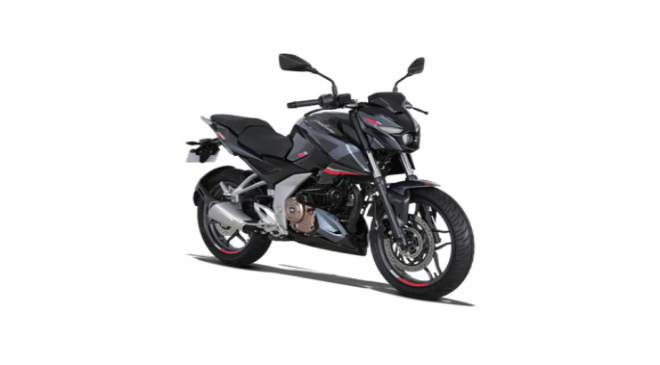 Bajaj has quelled all the rumours and speculations surrounding the 250cc Pulsar with the launch of the Pulsar N250 along with the Pulsar F250. The naked 250cc bike has been priced at Rs 1.38 lakh (ex-showroom, Delhi). For more details, read our launch story.

Bajaj has built an all-new 249.07cc air/oil-cooled single-cylinder engine developing 24.5PS and 21.5Nm. This engine is paired with a 5-speed gearbox equipped with a slip-and-assist clutch. The motor is cradled in a new tubular frame suspended onto a telescopic fork and a monoshock. Braking duties are handled by a 300mm disc up front and a 230mm disc at the rear, aided by single-channel ABS.

The Bajaj Pulsar N250 is essentially the Pulsar F250 without the fairing. So, the bikemaker has equipped the bike with an LED projector headlight with ‘brow’-shaped LED DRLs, which gives it an uncanny resemblance to the Yamaha MT-15. The LED tail light, split seat and the alloy wheel design are shared with the faired siblings.

The Pulsar N250 comes with the same infinity display instrument console from the F250. It is a part-digital unit consisting of an analogue tachometer and a digital speedometer. While it does have all the basic information, it lacks connectivity features.