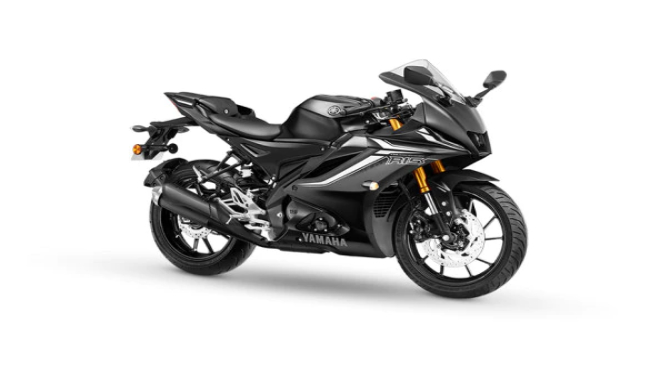 The Yamaha R15 V4 has witnessed its first price hike since its launch. Good news is that the premium isn’t too hefty. Take a look at the latest price list here. The Yamaha R15 was the highest-selling two-wheeler for the company in September 2021, with over 11,500 units sold. Here are the details.

Yamaha launched the R15 V4 in India at Rs 1.68 lakh onwards (ex-showroom, Delhi) in September. And along with the fourth generation of the supersport, the new Yamaha R15M also made its debut. For more details, read our launch story.

The Yamaha R15 V4 is powered by a 155cc single-cylinder liquid-cooled 4-valve motor with Variable Valve Actuation (VVA). It makes 18.4PS and 14.2Nm. It also gets a slip-and-assist clutch. While the Deltabox frame remains the same, Yamaha has now equipped the R15 with a new USD fork, a first for the India-spec bike. At the rear, the same link-type monoshock continues to handle suspension duties. Braking hardware consists of a 282mm front disc with a twin-piston caliper and a 220mm rear disc with a single-piston caliper. The R15 V4 rolls on 17-inch alloys shod with a 100/80 bias-ply front and 140/70 rear radial tyres.

The Yamaha R15 V4 adapts the new design language of Yamaha’s R series. So instead of the dual LED headlight setup, it gets a bi-LED headlight flanked by LED DRLs on either side. The side fairings have been updated as well. This has reduced the coefficient of aerodynamic drag from 0.307 to 0.293. That said, the rear section of the bike hasn’t been tinkered with and continues to be the same as the R15 V3.

The Yamaha R15 V4 is equipped with a new digital instrument console with Bluetooth connectivity via the Yamaha Y-Connect app. Its instrument cluster now features call/SMS alerts, phone battery status and even a lap timer. Yamaha has equipped the bike with two display modes: Street and Race. The bike also comes with segment-first features like traction control and quickshifter, available on select variants.

The Yamaha R15 V4 has no direct rival in the Indian market, however, at this price, it competes with the KTM RC 125. For a similar price, you can also opt for the Bajaj Pulsar RS200, KTM 125 Duke and the Suzuki Gixxer SF 250.

The Yamaha R15 V4 is available in standard variant and the M variant which gets an exclusive paint scheme, golden brake caliper, a special seat and the inclusion of a quickshifter.