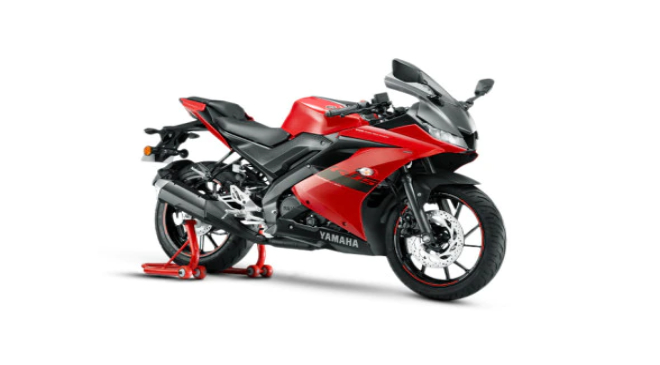 Yamaha India has launched the R15S V3 in India at Rs 1,57,600 (ex-showroom Delhi), which is exactly the same as the V3. To know more about the specifications, availability and other details, read our launch story.

The R15 V3 is powered by a 155cc single-cylinder liquid-cooled 4-valve motor with Variable Valve Actuation (VVA). It makes 18.6PS and 14.1Nm, 0.7PS and 0.6Nm less than its BS4 counterpart. The engine is mated to a 6-speed gearbox. It also gets a slipper-and-assist clutch. The signature Deltabox frame has been tweaked a bit for the V3. The India-spec motorcycle employs a 41mm conventional telescopic fork and an aluminium swingarm with a monoshock unit. Braking hardware consists of a 282mm front disc with a twin-piston caliper and a 220mm rear disc with a single-piston caliper. The R15 V3 rolls on 17-inch alloys shod with a 100/80 bias-ply front and 140/70 rear radial tyres.

Yamaha hasn’t tinkered around with the styling of the new R15. Like most supersports, it gets a sharp and edgy bodywork. While the graphics on the Thunder Grey and Dark Knight colours look similar to the BS4 bike, the Racing Blue version gets refreshed graphics, a silver strip, and the R15 logo plastered across the fairing.

The Yamaha R15 features sleek twin LED headlights and an LED tail lamp. It gets a full-digital LCD dash that displays a range of information. You get two trip meters, an average fuel efficiency indicator, a gear position indicator, and a bar-type tachometer. Dual-channel ABS comes as standard. The R15 V3 also gets Variable Valve Actuation, Yamaha lingo for variable valve timing. Thanks to the tech, the R15 can eke out maximum top-end performance without sacrificing on low-end grunt.

The Yamaha R15 V3 has no direct rivals. The Suzuki Gixxer SF offers similar displacement but its motor isn’t as sophisticated or powerful. The KTM RC 125 matches it and in some accounts, even surpasses the R15 in terms of kit offered, however, it is nearly Rs 10,000 dearer and lacks performance.

Yamaha offers the YZF R15 V3 in two variants– Standard and S. While the Standard is available in Metallic Red, Racing Blue, Thunder Grey, and Dark Knight, the S is available only in Racing Blue colour.