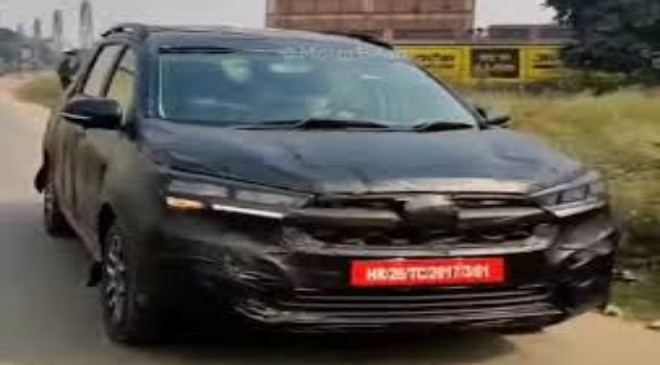 The new 2022 Maruti Ertiga facelift is likely to receive a new design for the 15-inch alloy wheels.

Maruti Suzuki is gearing up for the introduction of the facelifted version of the Ertiga MPV. The updated model was recently caught testing on the public roads, indicating that the launch might take place in the coming few months. Apart from the changes to the aesthetics, the yearly update is likely to introduce several minor tweaks to the car’s feature options.

Based on the available information, the new 2022 Ertiga facelift is likely to receive a new design for the 15-inch alloy wheels. Apart from this, also expect the car to feature a new black stripe across the upper portion of the boot, similar to the design found on the XL6. The new car will also receive changes to the front grille, but its projector headlamps and bumper design will remain unchanged.

On the inside, changes are expected to be minimal. The car might receive new interior colours and highlights while carrying over the key features found on the current model such as air-cooled cup holders, a seven-inch touchscreen infotainment system, automatic climate control, a flat-bottom steering wheel with mounted controls, electrically adjustable and foldable ORVMs, and a reverse parking camera.

Under the hood, the car will carry forward the existing 1.5-litre petrol-hybrid engine. This powertrain has been rated to deliver 103bhp of maximum power backed up with 138Nm of peak torque. The engine comes mated to a five-speed manual and a four-speed torque converter automatic transmission.

As far as the launch goes, expect the car to go on sale in India by festive season 2022. However, the company is currently busying planning out the immediate launch of the Baleno facelift sometime in late February or early March.