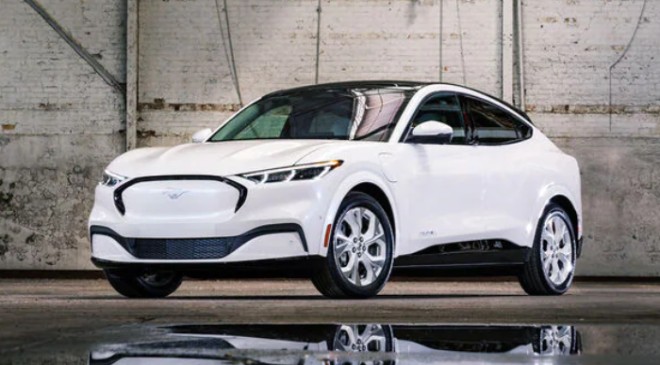 Ford Motor is one of the 20 carmakers who have been selected under the ‘Champion OEM Incentive Scheme’ of the Centre’s PLI scheme.

Months after Ford Motor decided to shut its India shop, the US-based carmaker has been included in the Centre’s PLI scheme on Friday. Ford India, which announced its India exit back in September, has been picked among 20 carmakers under the ‘Champion OEM Incentive Scheme’ – a part of the PLI scheme which has been approved with a budgetary outlay of ₹25,938 crore.

Despite stopping production of its cars in India, Ford Motor’s inclusion in Centre’s PLI scheme may have come as a surprise for many. But the US-based carmaker’s selection does not mean that it will start producing and selling cars in India. In fact, the carmaker plans to use its facilities in India to expand its global EV plans in coming days.

After the Centre announced the list of carmakers included in the PLI scheme, Ford said it is planning to produce electric vehicles in India for export. The carmaker had earlier revealed its plans to invest $30 billion in EVs and batteries within this decade.

While the global markets are in focus, Ford Motor does not rule out the possibility of selling its electric cars in India. A spokesman from Ford India was quoted by news agency Reuters saying, “there have been no specific discussions on this right now, but it is not out of the realm of future consideration”.

Before calling off production of cars in India, Ford operated from two facilities in Sanand and Maraimalai. The US-based carmaker has said that it is exploring the possibility of using a plant in India, possibly the one in Sanand, Gujarat, as an export base for EV manufacturing.” One of the possible reasons behind Ford’s decision to use Indian manufacturing facilities to produce electric cars is its cost benefit. It could mean that Ford may have an edge over other global players in producing more affordable EVs.

The Centre’s nod to Ford Motor to build EVs in India with incentives will also comes as a setback for Tesla. World’s largest electric vehicle manufacturer has been lobbying for an India entry for the past several months. The sticking issue has been the high import duties levied by the Centre on EVs. Tesla too has not shared its production plans in India yet.

Ford had stopped making cars for the Indian market on September 9 this year citing operating losses of more than $2 billion over the past 10 years. Ford was even in talks with other carmakers in India to lease out these factories before the latest developments.

When Ford exited India, it had said that it will continue to bring in its cars through the completely built unit (CBU) route, which will also include its high-end models like Mustang. When Ford left India, the carmaker was selling models like Endeavour, EcoSport, Figo, Figo Aspire and Freestyle in India.