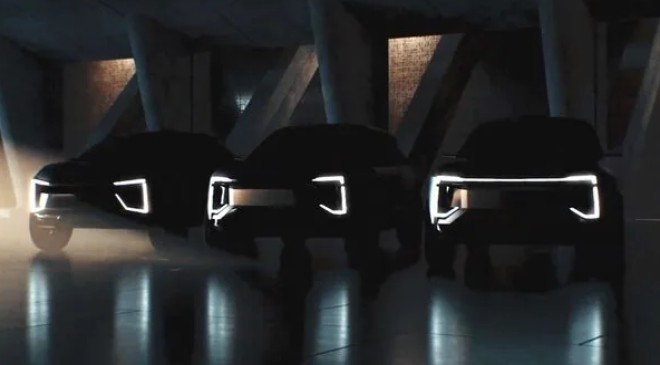 Earlier this week, Mahindra had announced that it will reveal its EV plans for India soon and that it will launch the fully electric XUV300 SUV in the second half of next year.

Mahindra and Mahindra is all set to unveil its electric vehicle plans for India soon. Ahead of announcing the EV roadmap, the carmaker has teased three EV concept models, all of which appear to be SUVs.

Mahindra shared a teaser video, showcasing the three cars, with a note that says, “Welcome to a reimagined world of Born Electric vehicles.

The teaser video, which has been shared on Mahindra’s social media handles, show all three cars in a silhouette, with only its headlight and taillight units prominently visible. There is a clear indication of the design language as well which suggests the Mahindra electric vehicles will look different from the existing ICE models.

The upcoming Mahindra electric cars were showcased as part of the carmaker’s Born Electric Vision – a new platform which will offer its entire EV portfolio. The man behind designing these concept vehicles is Pratap Bose, who have been instrumental in changing how new generation Tata Motors cars look like. The Mahindra EV concepts are going to be developed at the carmaker’s new Mahindra Advanced Design Europe (MADE) studio in the UK.

The teaser video comes a day after the carmaker announced that it will reveal its EV plans for India in coming days. It also said that a fully electric version of its popular XUV300 SUV will be launched in the second half of next year.

Mahindra has announced that it will invest around ₹3,000 crore to develop its electric vehicles. It also said that it will convert as many as four SUVs in its ICE portfolio into electric cars in future. While XUV300 could be one the four, the other three showcased in the teaser video could well be XUV700, KUV100 and Bolero or Scorpio. However, full details about the new EV concepts will be known in coming days.