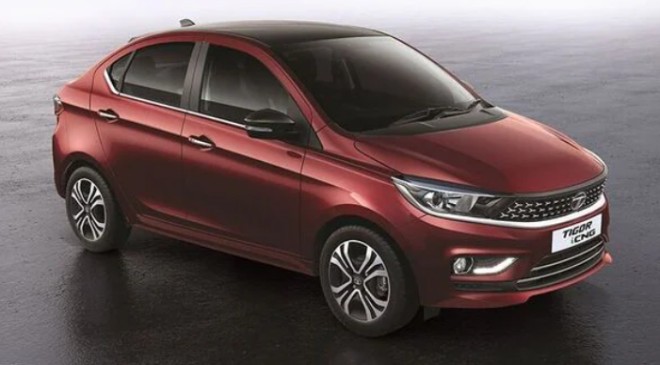 Tata Motors is aiming to grab a bigger share in CNG and electric car market in India with more products in the lineup.

Tata Motors expects its CNG and electric vehicle sales contribution to go up significantly in the next three-five years. The auto company expects its CNG cars contribution to total sales to grow up to 20 per cent gradually over the next three to five years period. It also hopes that more entry-level petrol and diesel customers will opt for CNG models.

Tata Motors is also focusing on the hatchback and compact sedan segments for expansion of its CNG model range. Besides the CNG cars, Tata Motors is also bullish about the EV segment growth potential. The auto major hopes that electric car sales contribution to its total sales would account for around 20 per cent over the next few years.

He also said that diesel car sales currently stand at around 15 per cent of its total sales, while petrol and CNG sales account for around 66 per cent and 12 per cent, respectively. The rest of the seven per cent of Tata Motors’ total passenger car sales is attributed to electric vehicles.

He believes that in the next three to five years, petrol would possibly come down to about 50 per cent level, while CNG will go up to 20 per cent. Diesel would come down further to about 10 per cent and Tata has already declared its target of achieving more towards 20 per cent.

“I think CNG is a segment which is going to grow in the coming years. This will be a subset of, I would say, the petrol because this is being more triggered with the rising cost of petrol. It uses a petrol engine…and therefore, it will mostly cannibalise petrol and to a great extent, also diesel, replacing diesel in the entry segment,” Chandra said talking about CNG car sales growth potential.

Tata Motors currently leads the EV segment of the Indian car industry with its Tigor EV and Nexon EV. The automaker aims to increase the market share of its electric cars further. Also, the carmaker is aiming greater market share in the CNG space as well. With an increased preference for cleaner mobility and greater expansion of CNG outlets across India, Tata Motors is hoping for stronger sales of CNG and electric cars.