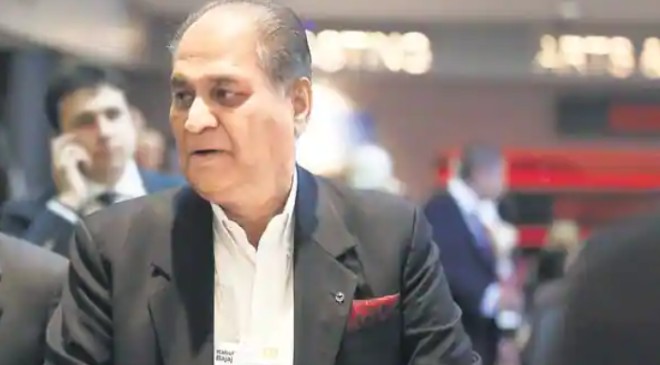 Top auto industry officials paid tributes to the creator of iconic Hamara Bajaj as he passed away on Saturday.

After former Bajaj Group Chairperson Rahul Bajaj passed away on Saturday aged 83 in Pune, the auto industry expressed grief and mourned his demise. Top industry officials paid tributes to the creator of iconic ‘Hamara Bajaj’ as he passed into history as he was not keeping well. He is survived by two sons Rajiv Bajaj and Sanjiv Bajaj, and a daughter Sunaina Kejriwal (Read full report here).

Offering condolences on Bajaj’s unfortunate demise on behalf of the automotive industry, Maruti Suzuki India CEO and SIAM President, Kenichi Ayukawa, said, “Rahul Bajaj was a great industrialist who built an empire on sound principles and left a legacy that makes India proud with presence in several countries.

Ayukawa recalled that during 1976-77, Bajaj made an invaluable contribution to the automobile industry. “The greatness of his personality lay in his simplicity, accessibility, frank and honest communication just like his visionary entrepreneurship,” he added.

Expressing grief at the demise of Bajaj, President of the Federation of Automotive Dealers’ Association Vinkesh Gulati said that the demise of the industry veteran was an irreparable loss. “When India started opening up its economy, Rahul ji made Bajaj a shining star in India’s growth story. Bajaj was felicitated by FADA with the ‘Life Time Achievement Award’ in the year 2012 as a truly ‘buland bharat ke buland tasveer’,” Gulati added.

Describing Bajaj as a pioneer in the auto industry, Venu Srinivasan, Chairman, TVS Motor Company, said that he “established a culture of quality and technology bringing a combination of high integrity in business and principled stand”. Srinivasan added, “Rahul played a key role in industry bodies around the world like World Economic Forum and CII and was very well respected.”

Paying tributes to the industry veteran, The Automotive Component Manufacturers Association of India (ACMA) said in a tweet, “ACMA pays homage to the fearless man who revolutionised the two-wheeler industry in India – Mr. Rahul Bajaj. Your vision will keep inspiring.”