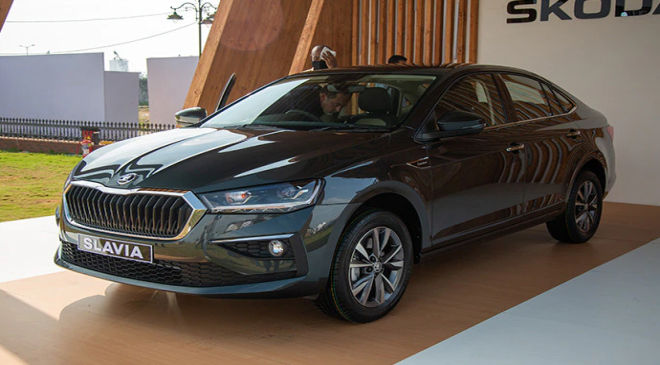 Set your alarms, everyone. Skoda India is set to announce the prices of the Slavia on February 28 (for the 1-litre TSI) and March 3 (for the 1.5-litre TSI). Pre-launch bookings are underway for a token amount of Rs 11,000, and vehicles have started reaching dealerships. Test drives are expected to begin by the end of this month.

The Slavia, which will replace the Rapid in India, is Skoda’s second model to be based on the MQB-A0-IN platform. Like the Kushaq, the compact sedan will be offered in three trims: Active, Ambition, and Style. The sedan will be offered with two turbo-petrol engines: 115PS 1-litre and 150PS 1.5-litre options, both paired with manual and automatic transmissions.

Take a look at the variant-wise powertrains:

Meanwhile, here are the detailed specifications of the above mentioned engine options:

The Skoda Slavia is expected to be priced from Rs 10.5 lakh (ex-showroom), putting it in contention with the Honda City, Hyundai Verna, Maruti Suzuki Ciaz, and the upcoming Volkswagen Vento successor (Virtus).