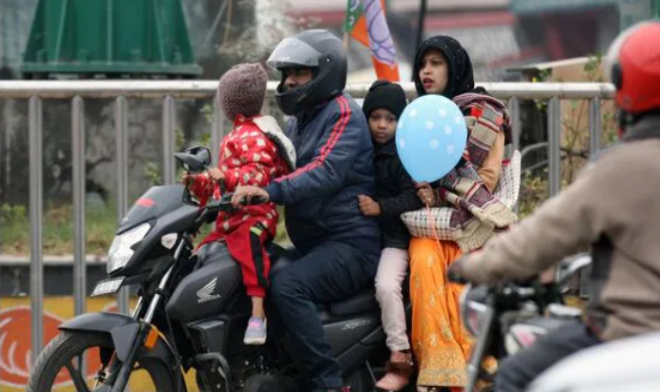 Violation of the new traffic rule will attract a fine of ₹1,000 and a three-month suspension of the driver’s licence.

The Ministry of Road Transport and Highways has notified new safety rules for carrying children below four years of age on two-wheelers today. The new traffic rules make it mandatory for riders to use helmets and harness belts for children as well as limit its speed to just 40 kmph.

Violation of the new traffic rule will attract a fine of ₹1,000 and a three-month suspension of the driver’s licence.

The Central Motor Vehicles Act has been amended to include the new rule to ensure more safety for children riding a two-wheeler as pillion. The rule covers children up to the age of four years.

According to the new rules, the safety harness used should be lightweight, waterproof, cushioned, and must have a 30kg load-carrying capacity. The rider needs to tie the child to the safety harness, which comes with a couple of straps that form, to secure the kid during the entire duration of the ride.

The new rules for two-wheelers also makes it mandatory for children up to four years of age to also wear a crash helmet or a bicycle helmet while riding pillion. The helmets should comply with the standards specified by the government. The Centre has already notified manufacturers to start making helmets for children.

The rule also makes it mandatory for two-wheeler riders to ensure that the speed of the vehicle does not exceed 40 kmph when traveling with children.

Earlier in October last year, the ministry had issued a draft notification proposing changes in the rule. It had proposed to make it mandatory for riders to use safety harness and crash helmets for children.