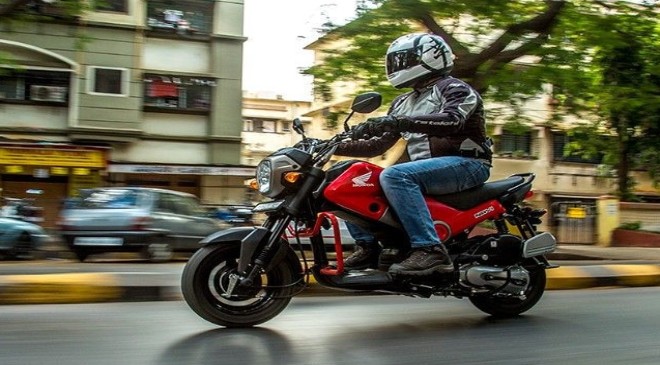 Honda has exported more than 10,000 units of the Navi, and has outsold the Honda Grazia in India, which sold only 4,761 units in January 2022. The Honda Navi had a mixed run in the Indian market. There was good demand for the quirky product initially, but it couldn’t hold onto its sales momentum. The introduction of BS6 norms sounded its death knell and the Navi was discontinued in 2020. However, Honda India still manufactures it as the bike has a great demand in overseas markets.

Honda had launched the Navi in the USA in November 2021 at a price three times higher than what it used to sell here in India at around Rs 45,000. It gets the same 110cc engine borrowed from the Honda Activa as it got in India along with the rest of the specs and features. The mini-bike appears to have caught the attention of the riders in the foreign markets, consequently observing an increase in demand.

The Honda Grazia is a sporty scooter offering from Honda which uses the same engine as the Honda Activa 125. Despite its sporty styling, it falls short when compared to rivals such as the TVS NTorq, Suzuki Avenis and Yamaha RayZR 125. Apart from outselling the Grazia, the Honda Navi is also the most popular export model for Honda India. A little sad to see that this one of a kind mini-bike won’t be seen in the Indian market anytime soon.