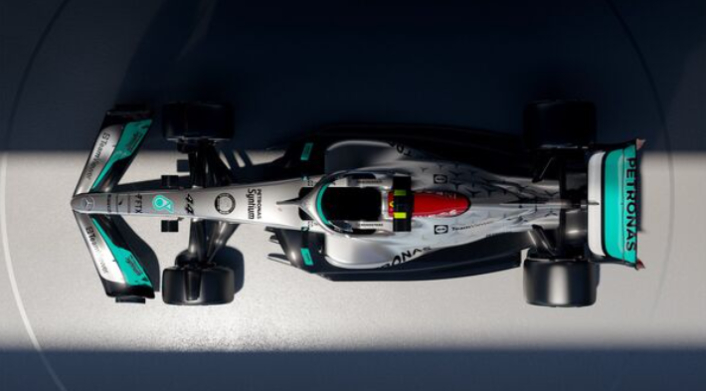 Mercedes-AMG F1 W13 E Performance was showcased at an event today. It will be driven by former world champion Lewis Hamilton along with his new partner George Russell.

Mercedes-AMG Petronas has taken the covers off its Formula One car which will form the core of its challenge to regain championship title from Red Bull Honda in the 2022 season. The W13 E Performance livery was unveiled today at an event. This is the F1 car with which former world champion Lewis Hamilton will try to aim for record eighth title while George Russell will debut for the Germans as Hamilton’s new partner.

The presentation began with an overview of all the Brackley cars and a shot of the eight cars with which Mercedes won the seven drivers ‘and eight constructors’ titles. Toto Wolff, who leads the Mercedes-AMG Petronas F1 team, talked about the team’s approach to this new season.

During the event, Lewis Hamilton broke his silence on the Abu Dhabi event, which saw F1 race director Michael Masi removed from his position yesterday. Hamilton denied he ever said anything about quitting Formula One despite the controversial end to his 2021 championship campaign. “I never ever said I was going to stop. I love doing what I do, and it is such a privilege working with this large group of people and you feel like you are part of a family. There is nothing quite like it.”

Russell, who has replaced Hamilton’s old partner Valtteri Bottas, said he is honoured to race alongside Hamilton.

The new Mercedes-AMG F1 livery shows how the bellies are very tapered, almost taking a cue from the design already seen in German cars, during the last few seasons. After two seasons, Mercedes has replaced the black colour to replace with the typical silver, which denotes the Silver Arrow tag to Mercedes. Only the front wings and the bulkheads of the rear one is painted in black.

Even the emerald green colour has taken a backspace, now seen on the flaps of both wings. Broadly, the design of the new Mercedes-AMG livery is a reminder of the ones used by Michael Schumacher and Nico Rosberg in earlier days.