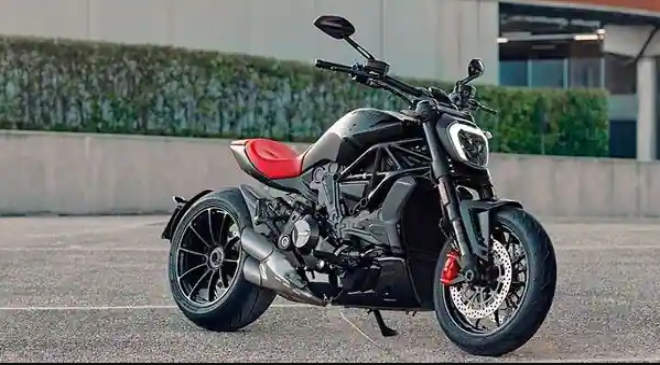 The Ducati XDiavel Nera will be limited to just 500 units. The new XDiavel Nera is characterized by the elegant Black on Black livery and by a special customizable saddle made of Pelle Frau.

Ducati XDiavel Nera Edition has been officially revealed. It will be a limited edition motorcycle of which only 500 units worldwide will be produced. It is placed alongside the company’s existing XDiavel range including the XDiavel Dark and the sporty XDiavel S.

The special edition XDiavel features a much fancier saddle in sportier-looking red colour. The seat colour is also matched with the red on the brake callipers for added oomph.

The motorcycle has been made available in a total of five colour options namely Siam Red, Steel Blue, Cemento, India and Selva. Depending upon the selection of colour, the bike comes with a matching keyring as well as a document holder in matching leather. Moreover, the bike seat also gets multiple ‘X’ logos engraved that make it look intimidating.

However, apart from aesthetic updates, the rest of the details remain the same. The motorcycle continues to source power from the same 160bhp, 1262cc V-Twin engine which comes mated to a 6-speed transmission. The feature list on the bike also remains untouched as it comes loaded with the same electronic package found on the standard XDiavel including a full-LED with a DRL daytime running light system, Ducati Traction Control (DTC), Riding Modes, Cruise Control and Ducati Power Launch (DPL).

The bike is now open for bookings and the deliveries are set to begin in the months to follow. There is no confirmation if some units of this special edition XDiavel will also be allotted for the Indian customers.