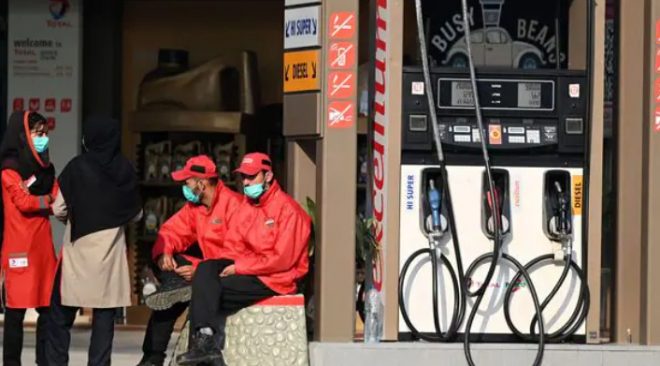 Pakistan Minister Shibli Faraz says government has to subsidize essentials like food items and that poor people are priority.

Pakistan recently hiked price of petrol and diesel to record levels, fueling a massive outrage against the decision from political rivals and people at large. What further infuriated many was Shibli Faraz’s advise to ‘use petrol sparingly.’

Faraz, the Minister of Science and Technology in the Imran Khan-led government, advised people to use fuel sparingly.

“To the extend possible, please use less fuel. Life cannot remain normal. When you don’t have resources, how many things can you subsidize?” he was quoted as saying by Pakistan’s Geo TV News. “The government is subsidizing food items. Our first priority are poor people. They  need help.”

Faraz also pointed the finger at the rising rate of per barrel crude in the international market.

But most Pakistani people continue to attack the government and believe that hike in petrol and diesel rates will impact inflation and that the working class in the country would be especially hit.