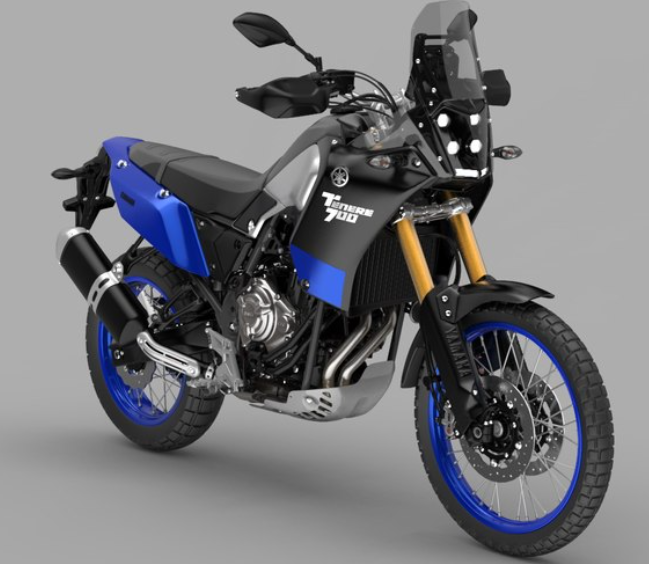 The new Yamaha Tenere 700 World Raid comes out as a more potent version of the standard Tenere 700 adventure bike.

Yamaha Tenere 700 World Raid has been revealed recently. It is a new and more hardcore version of the Tenere 700 which was first revealed as a concept at EICMA in 2021. The new ‘World Raid’ model promises to be an even better off-roader than the standard model thanks to the notable performance updates it receives.

For starters, it gets dual side-mounted fuel tanks that offer a combined capacity of 23 litres, and a full range of over 500 km. In comparison, the standard model offers a 350 km of range with its 16-litre fuel tank. Other key additions include a new KYB upside-down front fork with 230mm of travel and an adjustable rear mono-shock with 220mm travel. The front suspension gets a bronze Kashima coating which makes it look more interesting. The ground clearance on the new bike stands 10 mm higher at 250 mm, also the seat height stands at 890 mm which is 15 mm than the standard 875 mm. Other equipment add ons include the bike’s new Ohlins adjustable steering damper and a rally-inspired two-piece seat. The new add ons make the bike weigh 16 kg more than the standard model.

In terms of features, it gets a 5.0-inch colour TFT display with mobile connectivity. In comparison, the standard model gets simple LCD display. Other features include three-mode switchable ABS, but no navigation.

At the heart continues to sit the same 689cc, cross-plane twin-cylinder engine delivering 72hp of maximum power at 9,000rpm and 68Nm of torque at 6,000rpm. The engine comes paired to a six-speed gearbox.