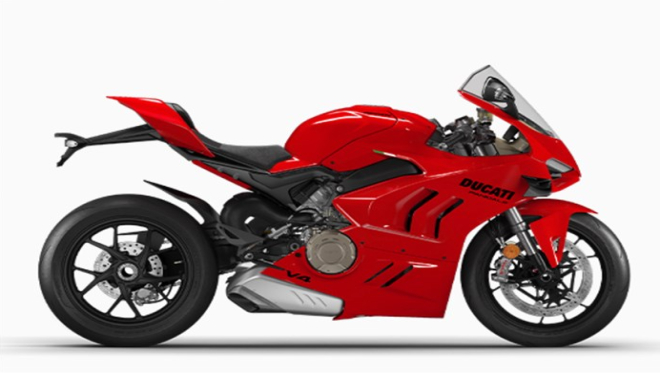 The Italian brand Ducati has announced that it will unveil three new models by March. It now seems that two of these motorcycles will be additions to the Panigale V4 family – the updated SP2 and V4R models.

First, let’s see what’s new in the Ducati Panigale V4 SP2 – which is expected to be the successor to the Ducati Panigale V4 SP. It gets engine upgrades that the standard bike received this year, including a bump in performance from 214hp to 215.5hp. The 1,103cc, V4 engine’s torque, however, remains unchanged at 124Nm. The bike also gets refreshed electronics – throttle maps as well as the gear ratios present in the 2022 Ducati Panigale.

The revised gear ratios translate to a higher top speed and better acceleration owing to the taller first, second and sixth gears. The SP2 also gets the raised swingarm pivot point from the updated bike, to reduce squat under hard acceleration as well as the revised Ohlins electronic suspension.

Naturally, the revised bodywork on the 2022 Panigale V4 like the exhaust, belly pan and winglets are also expected on the SP2. The original SP’s matte black and red paint, milled alloy top yoke, brushed alloy fuel tank, carbon fibre wheels and Brembo Stylema R brakes will be carried forward to the SP2 model. What is also expected on the SP2 model are Rizoma pegs, carbon winglets and front mudguard, a single tail seat unit and a dry clutch present on the previous iteration of the bike.

The Ducati Panigale V4 R, which is supposed to be the most extreme of the lot, it is the closest thing money can buy to Ducati’s WSBK race bikes. The previous 998cc, V4 engine is likely to be carried forward to fit the class capacity limit, but with revisions to ensure that it meets Euro 5 emission restrictions.

The previous homologation special’s winglets and other elements have already been adopted by the rest of the Panigale V4 pack, which means that this iteration of the V4 R should ideally take things to the next level. Given the fact that the bike hasn’t received an update since 2018, and considering the advancement in aerodynamics seen today, we should be expecting a revised fairing and winglets.

Ducati had also filed patents for a seamless transmission two years ago and the new Ducati Panigale V4 R could potentially also have this. It is also significantly cheaper than the seamless gearbox used in MotoGP thanks to its simpler design. If Ducati manages to make a production-worthy version of it, the advantages to its road and WSBK machines would be remarkable.

Ducati could launch the three bikes in the coming weeks. Stay tuned for more updates.

How comprehensive do you think the V4 R’s updates will be? Let us know in the comments below.