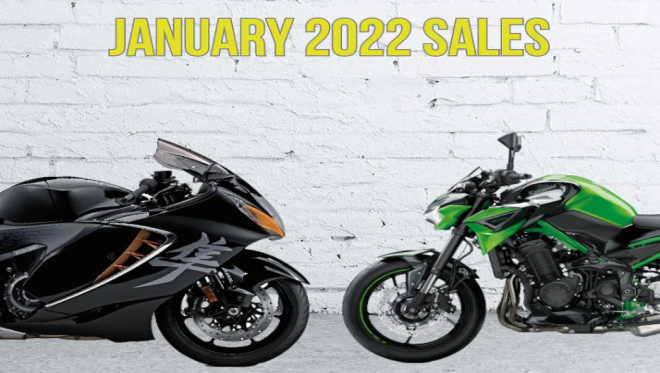 The Kawasaki Z900 bags the top spot by a huge margin

The Kawasaki Z900 bags the top spot by a huge margin. The Japanese naked has been consistently raking in good sales numbers, especially given its Rs 8.42 lakh (ex-showroom Delhi) price tag, making it more affordable than the Honda CB650R.

Triumph’s latest inline-triple retro roadster comes in second, and though the numbers are way better than the competition, the bike’s sales have seen a steady decline. To top that off, earlier this month, Triumph hiked the price of the bike by Rs 50,000 which is likely to affect the numbers further. That said, maybe the introduction of the Tiger Sport 660 might change the dynamics for the British brand.

The Triumph Tiger 900 family follows closely at the third spot. Even though the ADV still retains its position in the top five, its sales have dropped by 35 percent compared to December 2021. Despite demanding a hefty price of close to Rs 9 lakh, the Honda CBR650R managed to outsell the likes of the Kawasaki Ninja 1000SX. That said, now with Honda bumping up the price of this mid-displacement faired bike by almost Rs 48,000 it would be interesting to see if it continues to bring good sales.

It has been almost ten months since the debut of the ’Busa, and the popularity of the bike doesn’t seem to have faded. With 197PS and 155Nm on offer, and a price tag of Rs 16.45 lakh (ex-showroom Delhi), it’s more affordable than the Ducati Panigale V2 by almost Rs 1 lakh.