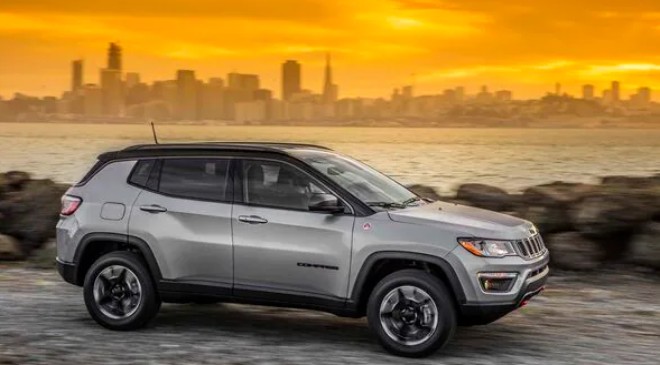 The new Trailhawk will come based on the top-spec trim of the Compass. It is likely to be launched in India next month.

Jeep India is gearing up for the launch of the new Compass Trailhawk in the country. The company has also teased the upcoming SUV online over the official website recently, indicating that the launch is just around the corner. Now, the model has also been listed online.

The new Trailhawk will come based on the top-end variant of the Compass SUV. However, on the outside, there will be certain distinctive elements to separate it from the regular Compass SUV. There will be some notable cosmetic highlights including the tweaked headlamps and front main grille. In addition to that, the car will also get updated alloy wheels, remastered bumpers, and new graphics. The SUV will also get exclusive shorter bumpers for better approach and departure angle.

Inside the cabin of the new Trailhawk, expect it to get a dual-tone theme for a more refreshed appeal. Other bits will include a digital instrument cluster, a 10.25-inch touchscreen infotainment system running on UConnect 5 operating system while the cabin features list will include a wireless charger, a panoramic sunroof, front ventilated seats, and more.

The engine option on the car will be most likely be the familiar 2.0-litre diesel unit responsible for churning out 168bhp of maximum power and 350Nm of peak torque. The engine will come mated to a nine-speed automatic gearbox and a four-wheel-drive as standard. It will also boast Jeep’s SelecTerrain system for better off-road drivability. Expect more details on the model to roll out in the days to come.

Its launch is expected to take place sometime in March this year.