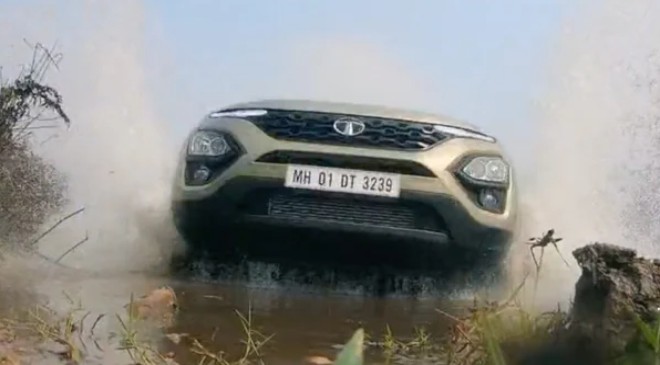 Tata Motors is all set to drive in the Kaziranga edition of its four flagship SUVs including Punch, Nexon, Harrier and Safari in coming months.

Tata Motors has been teasing the upcoming Kaziranga edition of its flagship SUVs which are expected to launch during the Indian Premier League 2022. Tata Motors, which is the official sponsor of the IPL this season, is likely to launch the Punch, Nexon, Harrier and Safari in this adventure avatars soon.

Over the weekend, Tata Motors gave away a lot of details on what to expect from these special edition SUVS. The Kaziranga edition of Tata SUVs, which are inspired by the one-horned rhinos from Assam’s Kaziranga National Park, will have exclusive body colour Grassland Beige as well as rhino motifs on them.

So far, Tata Motors has revealed five key features that will be packed inside these SUVS. Tata Nexon, which is currently the best-selling SUV from the carmaker, will get ventilated seats exclusively. The upholstery inside the Nexon Kaziranga edition will have and premium Benecke Kaliko Dual-Tone Earthy Beige Leatherette.

The second feature these special edition SUVs will get are Inside Rear View Mirror, or IRVMs, with auto dimming facility. This feature will be also be available in the Nexon Kaziranga edition. It will help to ‘detect brightness and adapt for ideal road vision’.

The Tata Safari Kaziranga edition will get wireless charging facility. It is a feature that is already available in the three-row seven-seater SUV.

Tata Punch Kaziranga edition will also come with Tata Motors’ IRA connected car feature. One can make use of voice commands and the What3Words features to get information on navigation, weather and more without taking the hands off the wheel. The feature will be available on the 7-inch touchscreen infotainment system sourced from Harman.

The fifth feature, which will be packed in all four SUVs, is the air purifier system. The Punch, Nexon, Harrier and Safari Kaziranga editions will come with air purification feature as standard.