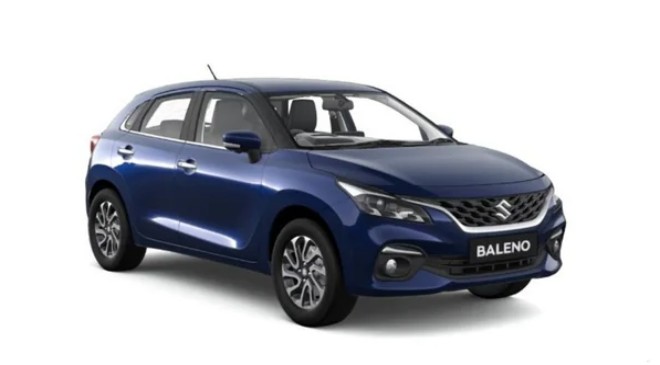 2022 Maruti Suzuki Baleno premium hatchback will come loaded with tech features, several of them being segment-first like head-up display and 360-degree camera.

Maruti Suzuki is all set to launch the new generation Baleno premium hatchback tomorrow, on February 23. Baleno, which has been a formidable player in its segment for Maruti since its launch in 2015, will take on rivals like Tata Altroz, Hyundai i20 and Honda Jazz.

2022 Maruti Suzuki Baleno will come with several changes, both on the outside as well as inside. As far as the design of the new Baleno is concerned, the premium hatchback appears largely the same as the existing models. However, there are certain tweaks to make it appear sharper.

Leaked images of the Baleno ahead of launch shows that the hatchback will get a new front face with wider grille and a new set of headlights with three-element DRLs. The foglamp casing has also grown in size compared to the previous models. There is also chrome treatment on the window lines on the sides. The hatchback now sits on a set of redesigned 10-spoke alloy wheels. At the rear, 2022 Maruti Suzuki Baleno gets a new set of wraparound taillights which are LED. The rear bumper has also been given design tweaks. However, Maruti is unlikely to add any sunroof for those hoping for this feature in the new Baleno.

The biggest changes in the 2022 Baleno is on the inside, where it will be offered with several new tech features. Some of these changes are also likely to be incorporated in all future Maruti Suzuki cars that are expected to launch in the near future. For instance, the new 9-inch infotainment screen, the new digital instrument cluster and new steering wheel. Maruti has also made certain cosmetic changes inside with new upholstery and chrome treatment on the dashboard.

2022 Maruti Suzuki Baleno. The dual-tone dashboard is now dominated by Maruti’s new 9-inch digital touchscreen infotainment system. There are chrome treatment as well which runs across the width of the dashboard. Some of the other notable changes are the new digital instrument cluster, new steering wheel and new switches for the climate control. The upholstery too has changed, giving an overall refreshed look to the interior of the new Baleno.

Among the tech features, 2022 Baleno will come with 360 View camera and a Head Up Display (HUD) screen, a first for any car from the brand in this segment. Maruti will also offer Surround Sense powered by ARKAMYS, claiming a premium acoustic sound experience for those inside the latest Baleno. Maruti will also offer new generation Suzuki Connect app, which will have more than 40 connectivity features along with Amazon Alexa voice commands too.