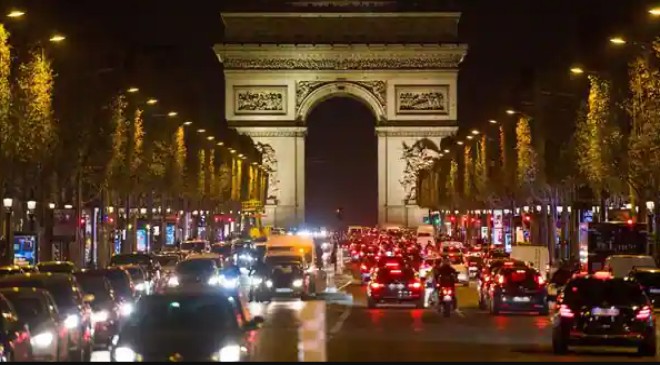 Paris will ban vehicles travelling through the city by around half during 2024 Olympics.

Paris will see a lot less traffic than usual from 2024, as the French capital is planning to ban a majority of the car models from plying in the city in two years’ time. Paris administration will ban non-essential traffic from the city centre as part of a long-term objective for the city.

This move comes as the French capital aims to reduce the overall traffic in the city by around half than what it registers now, reports Bloomberg.

While most of the drivers look to traverse a big city for the shortest and quickest route, it will be trickier for the drives in Paris.

Paris’ Deputy Mayor Emmanuel Gregoire and Transit Commissioner David Belliard on Thursday unveiled details of how the plan would function. They also said that the plan will be implemented from 2024, during the Olympics. This move will make Paris the second major European city after Madrid to adopt such a plan.

The plan would allow drivers into the select zone that will cover 5.4 square miles and straddle both banks of the River Seine. However, public transit vehicles, residents in that zone, hotel guests and people with disabilities would face no restrictions at all.

The plan also says that drivers using roads to cut across Paris would be fined if they are caught passing through the restricted zone. These fines will be implemented by random police checks on vehicles leaving the zone and through a camera monitoring system able to read registration plates.

The Paris administration says that such traffic plays a huge role in congestion and emissions, contributing around half of the total traffic in the French capital. The city registers around 500,000 vehicles travelling on its roads daily. Re-routing or restricting those vehicles could make a radical difference.