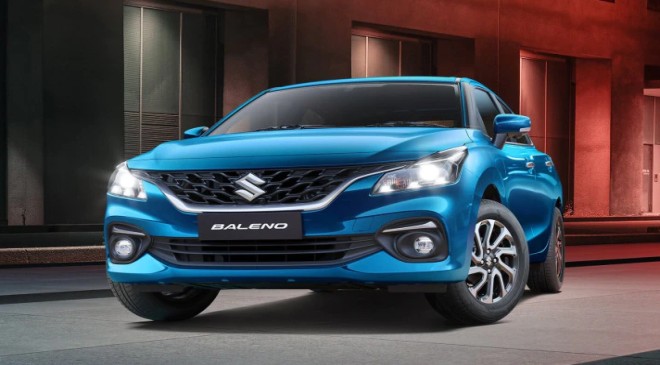 Maruti Suzuki has launched the 2022 Baleno premium hatchback in India at Rs 6.35 lakh onwards. This isn’t a new-gen model, but rather a heavily revised version, keeping it up with the times. The facelifted Baleno is offered in four broad trims: Sigma, Delta, Zeta, and Alpha. You have the option to choose between manual and automatic transmissions (limited to top three trims).

Take a look at the variant-wise prices:

By now, we have covered almost each and every nook of the Baleno, but here’s a quick recap.

In terms of design, the larger grille, flanked by sleeker LED headlamps, gives the front end a bold persona. There is also a new front bumper that adds to the design. In contrast, mildly revised alloy wheels are the only change on the side, while the rear-end gets new split-LED tail lamps and an ever-so-slightly revised bumper.

Now, to the most drastic change: the interior. The Baleno gets a new dual-tone black/blue dashboard with plenty of silver highlights. Its highlight is the addition of a new 9-inch floating touchscreen infotainment system and the revised central console with new AC vents and climate control knobs. Lastly, the steering wheel has been lifted from the Dzire.

The Baleno will get just the 90PS 1.2-litre DualJet petrol engine, paired with a 5-speed manual and optional 5-speed AMT. This time around, there won’t be mild-hybrid tech or the ultra smooth CVT; a move probably attributed to keeping costs in check. In terms of fuel efficiency, the MT delivers 22.35kmpl, while the AMT returns 22.94kmpl.