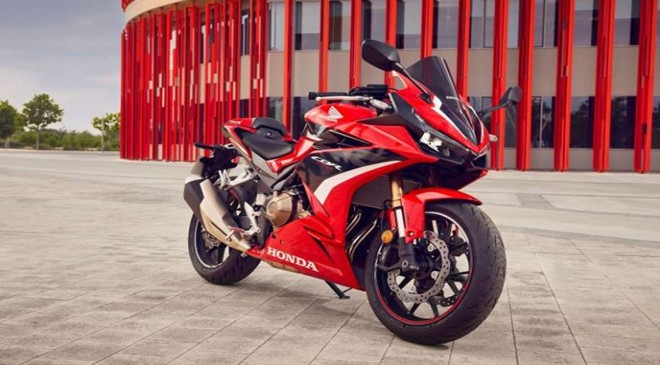 The CB500 siblings from Honda receive equipment updates for the 2022 model year.

Honda has internationally unveiled the updated versions of its CB500 motorcycles, which includes the CB500X, CB500F, and the CBR500R. The three siblings get a new USD front fork, a twin-disc braking set-up at the front and new colourways.

Previously, the CB siblings came equipped with only a single disc at the front but now get twin 296mm discs up front with Nissin calipers, which are radially mounted on the CBR500R and CB500F. They also get the Showa SFF-BP 41mm inverted fork that is present on the CB650R.

These new units should improve the ride, handling and braking on all three motorcycles. The CBR500R and the CB500F also get new wheels with a Y-spoke aluminium design. Although, the  CB500X soft-roader still gets a 19-inch wheel upfront.

The models get new colours. While Grand Prix Red is common to all three models, the CB500F is also available in Pearl Smoky Gray, Mat Axis Gray Metallic and Pearl Dusk Yellow, the CB500X and CBR500R can be had in Mat Gunpowder Black Metallic and the CB500X in Pearl Organic Green.

The CB500 siblings still come with a 471cc parallel-twin engine producing 47hp and 43.2Nm at 6,500rpm. It comes paired to a 6-speed gearbox with a slip and assist clutch.

Of the three CB500 siblings, only the CB500X is currently offered in India through the CKD route, which means that it is currently priced at a rather high Rs 5.79 lakh (ex-showroom, Pune). We expect Honda to update the CB500X for our market as well.