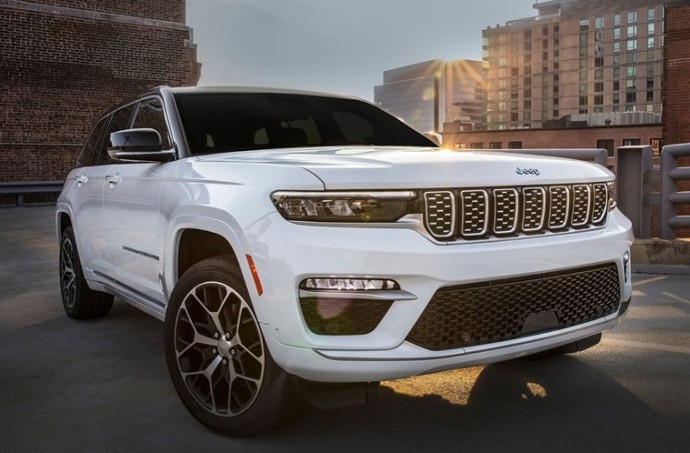 Jeep Grand Cherokee for India will come with a 2.0-litre turbo-petrol engine and four-wheel drive.

Revealed globally last year, the new Grand Cherokee is available in two sizes – the standard 5-seater and the larger three-row L model, and it’s the former that is coming to India. This will be the first time that the Grand Cherokee will be locally assembled in India with Jeep saying that India will be the first market outside North America to have the SUV locally assembled.

Compared to the model previously on sale in India, the new Grand Cherokee follows an evolutionary design, with styling bits shared with its more premium sibling, the Wagoneer. The cabin, though, is what is likely to appeal to the tech-savvy buyers. The Grand Cherokee gets multiple screens on the dashboard, including a large 10.1-inch central touchscreen, a digital instrument screen and a dedicated touchscreen in front of the co-driver.

Jeep has confirmed that the India-spec car will receive this third dashboard mounted display along with other equipment such as a panoramic sunroof, leather upholstery, ventilated front seats, a heads-up display and a powered tailgate. Expect more details on variants and equipment to surface closer to the SUV’s launch later in the year.

While the previous Grand Cherokee was available with both petrol and diesel engines, the new SUV will be a petrol-only model. While Jeep has not revealed engine outputs, it has confirmed that the SUV will use a 2.0-litre turbo-petrol engine paired with an 8-speed automatic gearbox as standard. As before, the Grand Cherokee will pack in four-wheel drive with selectable terrain modes – Auto, Sport, Mud/Sand, and Snow.

The Grand Cherokee will go up against luxury SUVs such as the Mercedes GLE, BMW X5 and Land Rover Discovery in India.

It remains to be seen if a diesel option could be made available at a later stage.

Coming to the prices, expect the Grand Cherokee to be positioned competitively with its rivals owing to the model now being locally assembled. To put it in perspective, the current Wrangler saw prices reduced by around Rs 10 lakh-11 lakh when it moved from a CBU import to a locally assembled model, though it remains to be seen how local assembly will affect prices of the Grand Cherokee.

The Grand Cherokee aside, Jeep is also gearing to launch the Jeep Compass Trailhawk facelift and the Compass-based Meridian 7-seater in India in the coming months.