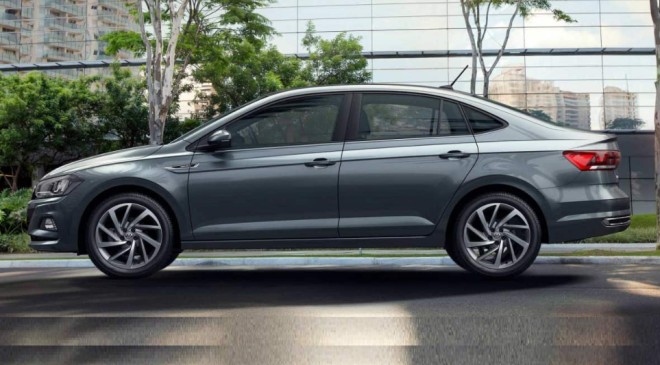 The mid-size sedan segment will soon witness two new launches, namely, Skoda Slavia and Volkswagen Virtus. The Slavia, which will come as a replacement to the Skoda Rapid, is ready to hit roads on 28th February. The VW Virtus will make its global debut on coming 8th March and its India launch will take place in May 2022. It will replace the Volkswagen Vento in India. In the mid-size sedan space, both new models will take on the Honda City, Hyundai Verna and Maruti Suzuki Ciaz.

The Slavia model lineup will come in Active, Ambition and Style trims, powered by a 1.0L, 3-cylinder TSI and 1.5L, 4-cylinder TSI petrol engines. While the 1.0L engined variants will go on sale on 28th February, prices of the 1.5L petrol models will be announced on 3rd March. After the Kushaq, it’s the brand’s second model to underpin the heavily localised MQB A0 IN platform. The new Skoda sedan has the longest wheelbase in its segment, measuring 2651mm. Its overall length, width and height stand at 4541mm, 1752mm and 1487mm respectively. Most of its design elements and features seem to be borrowed from the Kushaq SUV.

Similar to the Slavia, the upcoming Volkswagen Virtus will be designed on the VW Group’s MQB A0 IN platform. The latest teaser confirms that the sedan model lineup will include a GT trim. Its front fascia will share resemblance with the updated VW Polo featuring LED projector headlamps with LED DRLs, conventional grille with a slim chrome strip and bumpers with sporty chrome bars. Under the hood, the new Volkswagen sedan will feature the 1.0L TSI and 1.5L TSI petrol engines making power worth 115PS with 178Nm and 150PS with 250Nm respectively. Transmission choices will include a 6-speed manual (standard), a 6-speed automatic (only for 1.0L petrol variants) and a 7-speed DSG automatic (only for 1.5L petrol models).