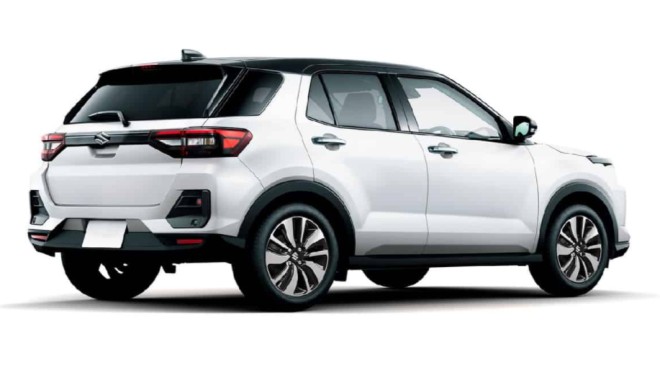 Maruti Suzuki is preparing to launch the new Baleno, Brezza and the Alto in the country before the end of 2022. The new Baleno will be launched on February 23, while the Brezza is reportedly to arrive by April 2022. In order to further improve sales, MSIL is planning to launch 3 different types of SUVs in the country in the next 2 years.

Maruti Suzuki will enter the mid-sized SUV segment before the end of 2022-23 financial year. Adding to it, the company will launch a lifestyle SUV and an all-new SUV Coupe in 2023. The new models will allow MSIL to target different set of buyers.

Maruti Suzuki and Toyota are jointly developing a new mid-sized SUV for the Indian market. This new SUV will rival the likes of the Hyundai Creta, Kia Seltos, VW Taigun, Skoda Kushaq and the MG Astor. The new model will be based on the Toyota’s DNGA (Daihatsu New Generation Architecture) platform that underpins Raize and the Avanza. The new model will come with Toyota’s hybrid powertrain along with regular petrol engines. Both manual and automatic gearbox options will be on offer.

Seeing the growing demand for lifestyle SUVs, MSIL is now planning to bring its globally popular Jimny SUV in the country. The company is developing the 5-door version of the SUV, which is expected to be launched in 2023. The company could also launch the 3-door version alongside the new 5-door model. The SUV will be powered by a 1.5-litre K15B petrol engine with SHVS mild hybrid system with manual and automatic gearbox options.

MSIL is also developing a Coupe SUV, which will be positioned alongside the Vitara Brezza. It is expected that the new model will be a more premium alternative to the Vitara Brezza. It could be the production version of the Futuro-e Concept, which was unveiled at the 2020 Auto Expo. Codenamed YTB, the new Coupe SUV is likely to be based on  Suzuki’s lightweight HEARTECT platform that underpins the Baleno, Ertiga and the Ciaz.  It will rival the higher-spec variants of the Hyundai Venue, Kia Sonet, Mahindra XUV300 and the Tata Nexon. It will be sold through NEXA premium dealerships.  It is likely to be powered by a 1.5-litre K15B petrol engine with a stronger hybrid with a greater degree of electrification. This will help in achieving higher fuel efficiency.