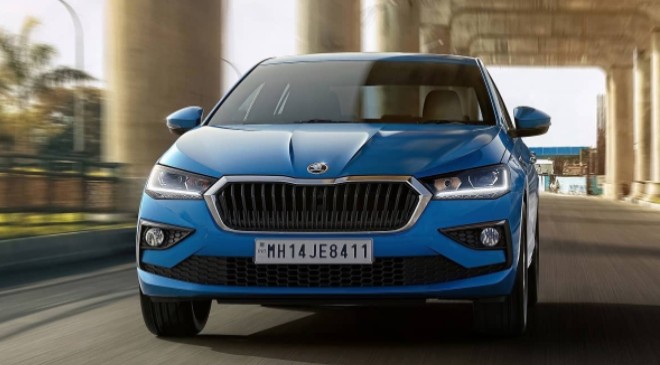 The next month (March 2022) will be super exciting for the automobile enthusiasts as 9 new car launches and 3 global car unveilings have been planned. Here’re key details of the upcoming models.

Skoda Slavia, the replacement of the Rapid sedan in India, will come with 1.0L TSI and 1.5L TSI petrol engines. While prices of the 1.0L petrol variants will be announced on 28th February, the 1.5L petrol models will see a release on 3rd March 2022. Based on the MQB A0 IN platform, the sedan will be offered in Active, Ambition and Style trims and share most of its features with the Kushaq SUV.

Prices of the Mercedes-Maybach S-Class are slated to be announced on 3rd March 2022. It will be made available in two variants – S580 and S680 – powered by a 503bhp, 4.0L V8 and a 612bhp, 6.0L V12 engines respectively. A 9-speed automatic gearbox will be standard across the model lineup. The Maybach S-Class comes with air-ride suspension (standard) and the rear wheel steering.

The new-generation Lexus NX 350h is ready to hit Indian roads on 9th March 2022. The model receives significant exterior and interior updates along with a new 300h guise. Under the hood, the new NX350 features a 2.5L Atkinson petrol cycle powertrain delivering 192bhp. The engine has a pair of e-motors fitted on the front and rear axles. With AWD system, the SUV delivers a combined power of 244bhp.

The updated Maruti Suzuki Ertiga is reported to launch next month. Though, its official launch date is yet to be announced. The MPV is likely to get a newly-designed grille and new colour schemes. A few updates will also be made inside the cabin. The new Ertiga will use the same 105bhp, 1.5L engine with a manual and a new 6-speed torque convertor automatic gearbox.

The new Maruti WagonR facelift is reported to arrive in late March 2022. The hatchback’s updated model will be high on safety and features. It will offer over 12 safety fitments and features such as a 7-inch SmartPlay Studio system with navigation connectivity, steering mounted controls, premium sound system and auto gear shift. This time around, the WagonR will be offered with the new 1.2L K12N petrol and 1.0L K10C petrol engine options.

The MG ZS EV facelift will hit showrooms in the month of March. One of the biggest changes will be made to its powertrain. The electric SUV will come with a bigger 51kWh battery pack offering a range of 480km on a single charge. At present, it’s available with a 44.5kWh battery pack delivering a range of 419km. The new ZS EV will be equipped with a 10.1-inch HD touchscreen infotainment system with latest smartphone connectivity, a PM 2.5 filter, a 7-inch digital instrument cluster and Astor-like red stitching on the seats. A few noticeable cosmetic changes will also be made to the new model.

The off-road focused version of the Jeep Compass SUV will be launched in March 2022. The 2022 Jeep Compass Trailhawk will come with differently designed front and rear bumper improving its approach and departure angles. The SUV will also get new alloy wheels and better 4WD system. For power, the new model will use the same 2.0L diesel engine that’s good enough for 17bhp. It will continue to come with a 9-speed automatic gearbox.

The Japanese automaker will introduce the Toyota Glanza facelift with comprehensive design and feature upgrades in March 2022. The hatchback is likely to feature the slightly tweaked bumpers, newly-designed headlamps and new alloy wheels. Similar to the new-age Baleno, the Glanza facelift is expected to be packed with several advanced goodies. Powering the hatch will be the same 90bhp, 1.2L non-hybrid petrol motor with manual and AMT gearboxes.

Toyota Kirloskar Motor revealed the Hilux lifestyle pickup truck for the Indian market in January 2022. Its prices will be announced in March 2022. Based on the IMV-2 platform, the Toyota Hilux will come in two trims – Standard and High – powered by a 2.8L, 4-cylinder turbo diesel engine. The oil burner makes power worth 204bhp and can be had with either a 6-speed manual or a 6-speed torque convertor automatic gearbox. It gets 4WD system as standard.

The new-generation Ford Everest (aka Ford Endeavour) will be unveiled on 1st March 2022. The SUV’s new version will sit on the body-on-frame chassis and share some of its design bits with the Ranger lifestyle pickup truck. Globally, the 2022 Ford Endeavour will be offered with three engines – 2.0L twin-turbo diesel (210bhp/500Nm, new 3.0L turbo diesel (250bhp/600Nm) and 2.3L turbo petrol (270bhp/680Nm). The new Endeavour model lineup will include a new off-road focused Wildtrack X variant.

Volkswagen’s all-new Virtus mid-size sedan will make its world debut on 8th March 2022. Its launch will take place in May. The Volkswagen Virtus shares its platform, features and engines with the soon-to-be-launched Skoda Slavia. Though, both models will be slightly different in terms of looks and features.  The new Volkswagen sedan will come with 1.0L TSI and 1.5L TSI petrol engines and three gearbox options – 6-speed MT, 6-speed AT and 7-speed DSG AT.

The production-ready Tesla Cyberturck is reported to make global debut next month. The model is likely to be showcased in smaller and bigger versions that will be significantly different from the concept. It will be an electric pickup truck with three powertrain options – one, two and three electric motors. Its top-spec tri-motor ‘Plaid’ EV powertrain is said to deliver a range of 500 mile and accelerate 0 to 60mph in 2.9 seconds. The range-topping version will have a towing capacity of 650kg.