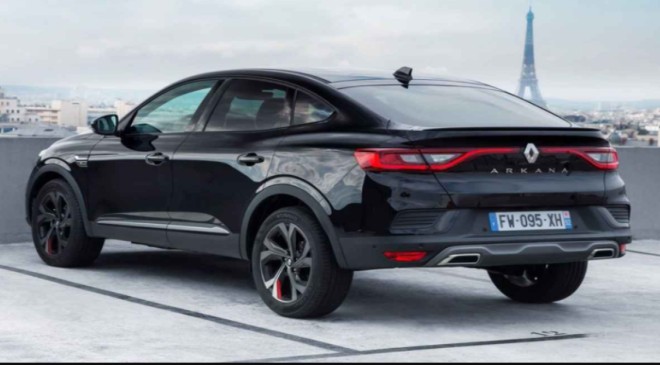 Renault has recently stopped production of the Duster SUV in the country. The company is working on the next-gen Renault Duster, which is expected to be launched in 2023-24. Interestingly, Renault is testing the coupe-styled Arkana SUV in India.

Renault is evaluating its global SUVs for the Indian market, and the Arkana could be one of them. The SUV was imported by the company to test the performance under Indian driving conditions as well as the platform. This could be used for component testing. Previous reports suggest that the next gen Renault Duster will be based on the Renault-Nissan Alliance’s CMF-B platform. The same platform will also be introduced in our market for the India-spec Duster.

Renault could be looking to import the Arkana SUV to India via a CBU route. The company is aiming to fully utilise the existing production capacity to meet the rising demand for Triber and the Kiger. The Renault Arkana shares styling cues from the Captur, such as C-shaped LED headlamps and sloping roofline that merges with the boot to offer notchback look.

The Renault Arkana SUV Coupe is powered by two petrol-hybrid engine options – a mild-hybrid 138bhp, 1.3-litre turbo-petrol and a selift-charging E-tech system with 1.6L petrol engine & two electric motors along with a unique multi-mode clutch-less dogbox transmission. The vehicles with E-tech system will start in EV mode. The E-Tech hybrid provides up to 80 percent of city driving time with all-electric power.

The Arkana comes equipped with a vertically stacked 9.3-inch touchscreen infotainment system with is loaded with features like parking & driver assistance systems. It comes with a fully digital instrument console and a Bose sound system.