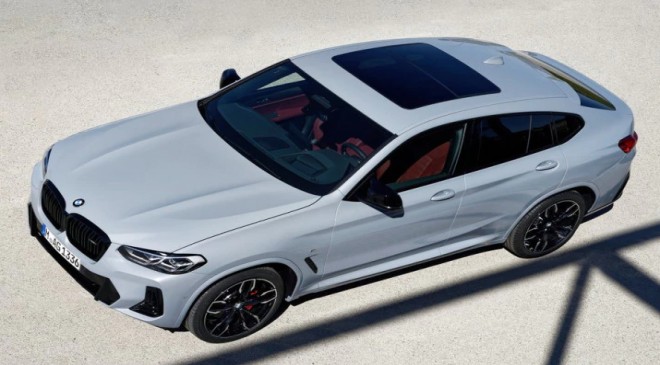 Soon after bringing in the facelifted X3, BMW India is preparing to launch its SUV-coupe sibling, the revised X4. Interested customers can reserve theirs online, and a handful of them can opt for the Black Shadow Edition, which dials up the stealth quotient. Considering that reservations are now open, the X4’s launch should be right around the corner.

The main difference between the X4 and X3 is the silhouette; the latter is a SUV-coupe, while the former is a conventional SUV. So, basically, if you can compromise a bit of headroom and boot space for flamboyance, then it’s the X4 with its sloping roofline that wins the beauty stuff. Apart from that, the connected grille, revised front headlights, and sporty bumpers are similar to the X3.

Inside, the dashboard design is exactly the same as the X3, which ain’t a bad thing at all. So what you get is a familiar BMW-layout with high quality materials and solid fit and finish. Also, upgrades like the larger 12.3-inch touchscreen infotainment system and the new digital driver’s display are expected to be present.

In terms of features, once again, the X4 should get all the niceties from the X3, including  a panoramic sunroof, a 16-speaker Harman Kardon sound system, powered front seats, ambient lighting, three-zone climate control, parking assistant, adaptive LED headlights, and electronically controlled dampers.

No changes are expected underneath the bonnet. So, the X4 should continue with the existing 190PS 2-litre diesel, 252PS 2-litre petrol, and 265PS 3-litre diesel engines; all paired with an all-wheel drive and an excellent 8-speed automatic transmission.

Currently, the X4 is priced from Rs 67.5 lakh and the facelifted model should command a premium of around a lakh. It will lock horns with other suede competitors like the Mercedes-Benz GLC Coupe and Porsche Macan.