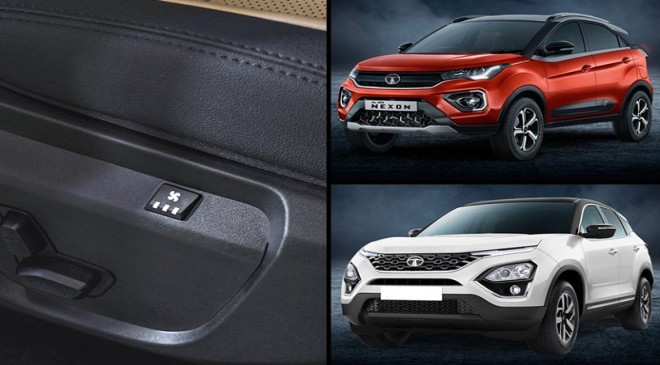 Following the Kaziranga Edition, standard variants of Tata’s Nexon and Harrier could also benefit from some additional features.

While most of these are predominantly cosmetic enhancement packs, some like the Tata Safari Gold Edition and the newest Kaziranga range, also feature a unique kit, exclusive to these editions.

If the Safari Gold Edition’s case is anything to go by, wherein weeks after being introduced with exclusive features such as ventilated front and rear (captain) seats, wireless charging and wireless Android and Apple smartphone connectivity, these features soon became part of the standard range; Tata could also soon make unique features from the Nexon’s and Harrier’s Kaziranga range available in their respective standard range.

“We have to look at the price points and what consumers are willing to pay for,” explains Rajan Amba, vice president, Sales, Marketing and Customer Care, Tata Motors Passenger Vehicles Ltd. “Bringing it [these features] down [to the standard range] is always the intent, but to stay within prices, you have to make adjustments, so we have to see that what we bring down remains relevant for our customers.”

What new features can the Tata Nexon range get?

The Nexon Kaziranga Edition is based on the top-spec XZ+ (O) dual-tone variant of the standard version and priced at a premium of Rs 54,000 and is available in petrol, diesel as well as manual and AMT guise. Over the standard list of features, this Kaziranga variant gets ventilated front seats, auto dimming mirror and a built-in air purifier. These features could move across to the standard range, with a small price hike. The Nexon Kaziranga Edition is the second compact SUV to be offered with ventilated seats, the first being the Kia Sonet.

What new features can the Tata Harrier range get?

The Harrier Kaziranga Edition is based on the XZ+ dual-tone variant of the standard version commanding a premium of Rs 47,000 and is available in diesel manual and automatic guise. Feature additions in the Kaziranga Edition include ventilated front seats, wireless Android Auto and Apple Carplay and a built-in air purifier. These features are likely to be introduced in the higher variants at a marginal price increase. For reference, a similar upgrade in the Safari (which also included wireless charging and rear seat ventilation, not available in the Harrier) resulted in a price hike of Rs 12,000. This seat ventilation makes the Harrier Kaziranga Edition the only one among its natural rivals, like the Mahindra XUV700 and MG Hector, to be offered with this feature.

Ventilated seats pack in blowers within the seat (usually in the backrest) which perform independent of the vehicle’s air-conditioning unit, and blow out air via tiny pores, for the air circulation and to prevent/minimise perspiration. This feature proves to be a boon in India, which, for the most part, experiences a hot tropical climate, with high average temperatures around the year.

From being a feature limited to luxury vehicles, ventilated seats are now increasingly being found in mainstream cars like the Kia Sonet, Hyundai Verna, Kia Seltos, Hyundai Creta and Tata Safari, in addition, of course, to the Kaziranga Editions of the Tata Nexon and Harrier.