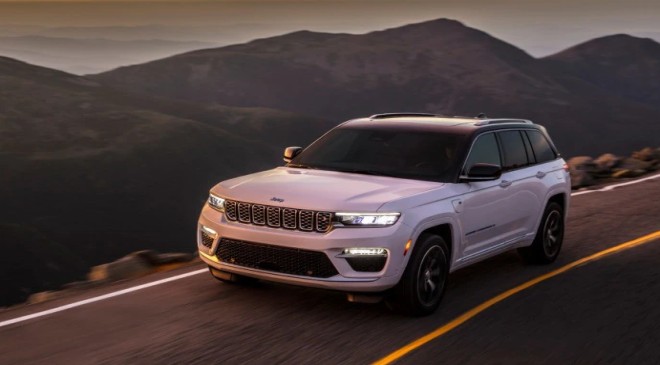 US-based carmaker Jeep will reintroduce its flagship SUV, the Jeep Grand Cherokee, in India later in 2022. Ours is the only market outside North America where the next-generation SUV will be assembled, so the new Grand Cherokee is expected to be more reasonably priced than its fully imported predecessor.

We could see the 2022 Jeep Grand Cherokee break cover around the festive season, and its chief rivals will be the Volvo XC90 and BMW X5 SUVs. India will get the short-wheelbase version of the SUV, but a long-wheelbase Grand Cherokee L version is also available in Jeep’s home market.

On the outside, the new Jeep SUV looks distinct from the previous-generation Grand Cherokee with its all-new boxy design and sleek design elements. It has a large air dam below the traditional Jeep 7-slat front grille, squared wheel arches and an upright tailgate that maximises interior volume. Perfect ingredients for a butch Jeep.

You’ll get premium features such as a panoramic sunroof, powered tailgate, ventilated seats and a 10-inch colour head-up display (HUD) in the Grand Cherokee. Its all-new interior features a new steering wheel, a layered dashboard with wood accents, and a 10.1-inch UConnect 5 infotainment screen. An optional dashboard-mounted touchscreen is also available for the front seat passenger, but once again, we are not sure if it will be offered here.

Under the bonnet, the India-spec Grand Cherokee will get Jeep’s 2-litre turbocharged petrol engine paired with an 8-speed automatic. It’ll get the Quadra Trac-I 4×4 system for off-roading and Selec-Terrain system that electronically manages the power distribution, braking and gearbox depending on the surface.

That said, we wish Jeep would at least offer the option of the more powerful engines available in America. For instance, rival premium SUVs such as the Q7 and X5 are powered by larger 3-litre six-cylinder petrol engines that offer a more sophisticated drive.

We expect the Jeep Grand Cherokee to break cover around the festive season in October. It has a host of ready rivals in the Audi Q7, BMW X5, Volvo XC90, and the Mercedes-Benz GLE SUVs.