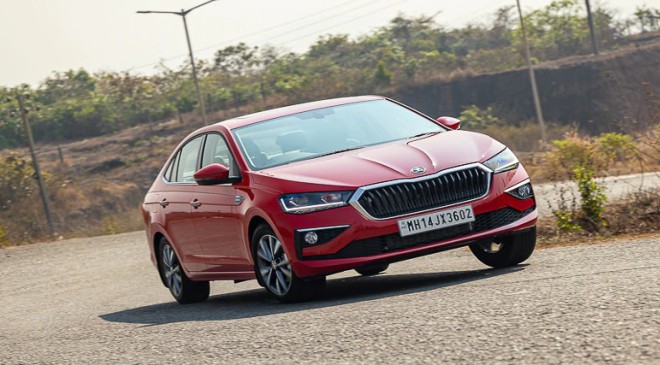 The Slavia, the second Skoda model to be based on the localised MQB-A0-IN platform, aims to infuse a fresh lease of life into the diminishing compact sedan segment in India

Who said sedans are dead? Skoda India has just launched the Slavia, its second MQB-A0-IN-based model, at Rs 10.69 lakh (ex-showroom). Prices of the 1-litre TSI variants have been announced at the moment, while that of the more powerful 1.5-litre TSI – limited to the top-spec Style – will be confirmed on March 3.

The Slavia, which replaces the long-in-the-tooth Rapid in India, is offered in three broad trims: Active, Ambition, and Style.

Take a look at the variant-wise prices, and here’s how it compares with its sibling, the Kushaq:

As mentioned above, the Slavia is based on the Volkswagen Group’s localised MQB-A0-IN platform. The compact sedan’s dimensions are more than the Rapid, and it’s a size larger.

Take a look at the dimensions:

Now, to the design. The Slavia’s fascia is inspired by the new Fabia that is sold overseas. So, the butterfly grille and LED headlights might seem all too familiar, but the bumper is different. In profile, the lines are clean, and the sedan rolls on 16-inch alloy wheels. Split LED tail lamps and the bold ‘SKODA’ badging round off the design.

The resemblance to the Fabia is even more obvious inside, considering the dashboard design is the same. Once again, the layout is simple and neat, and if you’ve felt at home inside the Kushaq, you’ll take to the Slavia as well. That said, we wish the fit and finish was better since the plastics creak at certain places.

The Slavia will lock horns with the Honda City, Hyundai Verna, and the Maruti Suzuki Ciaz. In related news, Volkswagen will be taking the wraps off its Slavia counterpart, the Virtus, on March 8.