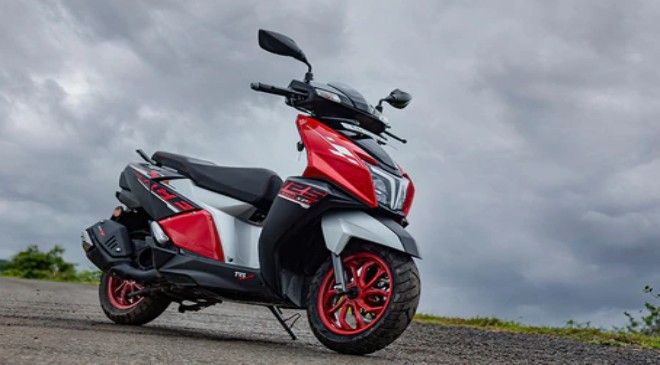 The 125cc scooter segment has seen immense growth in the last few years, not only in the Indian market but also in the global space. Enter the Zongshen ZT6, a worthy Chinese rival to our own desi TVS NTorq 125. Here’s what this sporty scooter is all about:

The ZT6 is a performance-oriented scooter with edgy body panels, a split seat set up and an aggressive styling that just can’t go unnoticed. In a way, it looks like the Aprilia SR 125, on steroids. It features a large fish-eye headlight setup covering the fascia of the scooter, which looks the right amount of sporty and classy. The tail light features a small yet stylish LED set up.

The scooter is powered by a 124.6cc engine that churns out 9Ps and 9Nm. Compared to its rival, the NTorq 125, the ZT6 produces 0.38Ps and 1.5Nm less. The slight difference in the power figures might show in the performance as both the scooters weigh the same at 116kg kerb.

The ZT6 is suspended on a conventional telescopic fork up front, but at the rear, it features dual gas-charged shock absorbers. The braking hardware on the ZT6 consists of a front rear disc along with a choice of drum or disc at the rear.

The ZT6 has a seat height of 790mm, which should make it fairly accessible for shorter riders.

Apart from all this, the ZT6 also features a fully digital LCD instrument cluster, but no smartphone integration or Bluetooth connectivity. Interestingly, the scooter’s split seat setup opens each seat individually. The rider’s underseat area houses an 18-litre boot space, whereas the fuel tank lid is located underneath the pillion seat.

The Zongshen ZT6 is priced at Mauritian rupee 70,000 (around Rs 1.19 lakh). For perspective, the TVS NTorq 125 costs Rs 75,445 (ex-showroom Delhi). Summing up, the Zongshen ZT6 is a great looking scooter with some novelty features. However, it still falls short of the NTorq 125 when it comes to outright performance. The scooter will not be heading to our shores any time soon, but apart from the NTorq, you can also check out Suzuki Avenis and Honda Grazia in the same segment available in India.