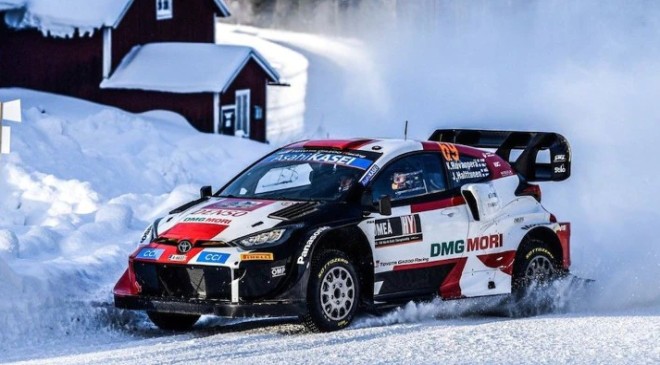 A rally in cold winter courses, F1’s first pre-season test, and an Indian driver joining the FIA F3 grid made all the headlines over the past week

It was a busy last week in motorsports, with the WRC Rally Sweden flag-off, the first pre-season test of the 2022 Formula One season kicking off, and an Indian driver joining the F3 grid. Here’s everything that went down:

The 2022 FIA World Rally Championship season continued with Rally Sweden being the second round of the season. Coming out on top was  Kalle Rovanpera  (Toyota Gazoo Racing) after teammate Elfyn Evans crashed out of the rally on the final day. Thierry Neuville (Hyundai Motorsport) and Esapekka Lappi (Toyota Gazoo Racing) rounded off the top three finishers. The win puts   Kalle Rovanpera  on top of the drivers standings, with Neuville in second place.

After a slew of reveals, the 2022 Formula One challengers were finally put through their paces at the first three-day preseason test at Barcelona. McLaren’s Lando Norris topped the first day, with Ferrari’s Charles Leclerc fastest on the second day. 7-time champion Lewis Hamilton came out on top on the final day. The next test will be held at Bahrain from March 10-12.

This week saw another Indian join the international single-seater junior ladder with Kush Maini signing up with MP Motorsport for the 2022 FIA Formula 3 season. The younger brother of former F2 and current DTM racer, Arjun Maini will be teaming up with Alexander Smolyar and Caio Collet. Kush Maini has recent experience in regional F3 championships with the Indian driver finishing second overall in the 2020 British F3 championship. He also partnered Jehan Daruvala in the 2021 F3 Asian Championship season. The season kicks off at Bahrain from March 18-20.

In the world of two wheels, Suzuki’s long hunt for a team manager after Davide Brivio left for the Alpine F1 team is finally over. Livio Suppo, who was ex-Honda team boss from 2010 to 2017. The 2022 season will kick off at Qatar on March 6.