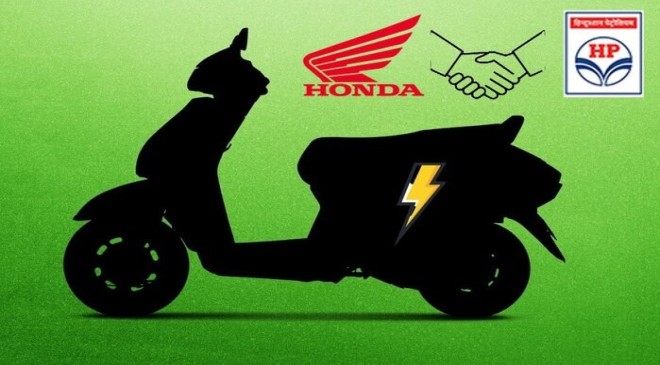 Honda Power Pack Energy India Private Limited, a subsidiary of Honda Motor, has announced its collaboration with Hindustan Petroleum Corporation Limited (HPCL) to set up battery-swapping stations across the country. This news comes just days after Hero announced its partnership with Bharat Petroleum to set up a nationwide charging infrastructure.

Honda’s upcoming battery-swapping stations will be functional in the first half of 2022, with Bengaluru as its starting point, eventually expanding to other major cities in a phased manner. Honda’s focus will be on three-wheelers initially, however, the bikemaker confirmed that eventually its Battery as a Service (BaaS) business will expand to two-wheelers as well, confirming the Japanese brand’s intention to introduce EVs in India.

Honda Motorcycle and Scooter India President Atsushi Ogata had revealed last week that a new EV will be introduced next year, and this development only cements the fact that the product will have swappable batteries. In fact, last year, Honda also commenced testing at ARAI with the Benly E, however, Honda is more likely to offer something based on the Activa’s platform.

The government’s decision to incentivise EV adoption and encourage battery-swapping technology will be beneficial for the manufacturer and consumers as well. Big players like Hero MotoCorp and Honda working on offering battery as a service will only further benefit the customer, making EVs more affordable. Still unsure about its benefits? Our review of the Bounce Inifinity E1 will give you an idea of the running costs and savings from the battery-swapping model.