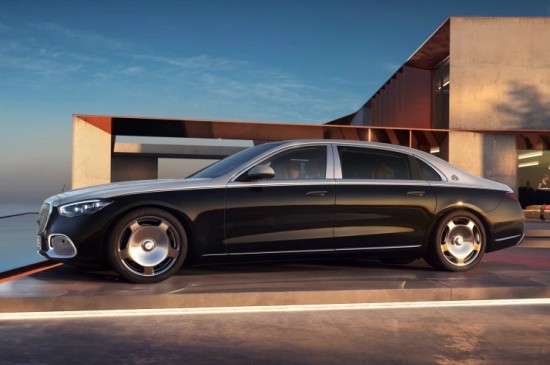 It gets a traditional 612PS V12 engine, with an even longer wheelbase and a more luxurious back seat than the flagship S-Class sedan

Mercedes-Benz has kicked off its action-packed 2022 with the launch of the Maybach S-Class at prices starting from Rs crore (ex-showroom, Delhi). The luxury sedan’s S580 variant will be locally assembled in India, but the top-spec V12-powered variant will be imported as a completely built-up unit (CBU). Let’s dive deeper into the carmaker’s flagship sedan.

All prices are ex-showroom, pan-India

Let’s start with the rear cabin where all the fun begins. For the first time, the Maybach S-Class gets electronically operated rear doors that you can open with a hand gesture to the MBUX system. Thanks to the Maybach’s wheelbase being 180mm longer than the standard S-Class, you already get more room. But the highlight reel here is the twin ‘Executive Seats’ draped in fine leather, and the headrest gets a soft pillow. These seats can also recline up to 43.5 degrees, making for an experience rivalling first-class airline suites.

You can also opt for an optional fridge and a set of silver-plated goblets that fit in the rear centre console. Creature comforts for rear-seat occupants include a seat massage function, separate climate control zones, a pair of 11.6-inch displays that can be controlled via an MBUX tablet, and dedicated sunblinds.

While the dashboard is identical to the standard S-Class, there’s a wood insert finish with Maybach-theme graphics for its MBUX infotainment setup. Features include a 4D Burmester sound system, augmented reality head-up display, adaptive rear ambient lighting, and active noise suppression for a quieter cabin.

On the outside there’s a whole lot of bling on offer – a chrome-heavy front fascia with vertical slats on the chrome grille and a chrome-laden air dam, a two-tone paint shade, and distinctive new alloy wheels.

The Mercedes-Maybach S-Class gets two powertrain options in India: 612PS/900Nm V12 petrol and a 503PS/700Nm V8 petrol engine paired with a 48-volt mild hybrid system. All-wheel-drive (AWD) and rear-axle steering are both standard, and you get a new ‘Maybach’ driving mode. We hope Mercedes brings the V6 petrol powertrain to the Maybach sedan in the future since that could make it more affordable in India.

All these premium amenities in the Mercedes-Maybach S-Class make it dearer than the top-spec locally assembled S-Class by around Rs 84 lakh. It rivals the likes of the Rolls Royce Ghost and the Bentley Flying Spur in India.