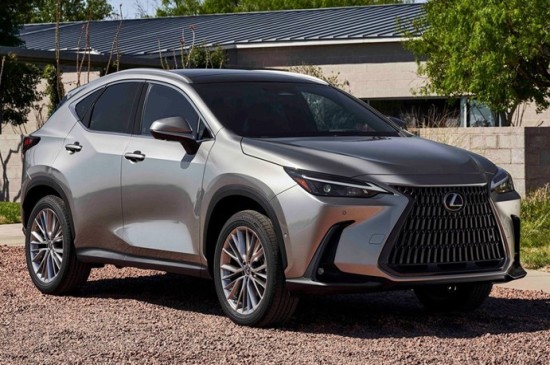 New NX 350h rivals the BMW X3 and the Audi Q5 and gets a single petrol hybrid powertrain option.

Lexus will announce pricing for the new NX 350h in India on March 9, 2022. The luxury SUV will be sold with a single petrol-hybrid powertrain and in three variants – Exquisite, Luxury and F-Sport. Bookings for the upcoming NX 350h are currently ongoing as well.

Already revealed overseas, the new NX carries forward the overall profile of the previous-gen SUV, but comes with a sharper look that includes single-piece headlamps (which replace the split units from before), a larger version of the company’s ‘spindle’ grille, new bumpers, a longer hood, and all-new LED tail-lamps that are now connected by a light bar. On the inside, it gets fresh interior design replete with a new 9.0-inch touchscreen (or a 14-inch unit, depending on the variant). Lexus has also done away with much of the switchgear in the central console, including the touchpad from before. A digital instrument cluster and a new steering wheel are also part of the package.

In terms of equipment, the top-spec NX F-Sport comes with a 360-degree parking camera, auto headlamps and wipers, a touchscreen infotainment system with wireless Apple CarPlay and Android Auto compatibility, wireless mobile charging and electric front seats. On the safety front, it gets ABS, EBD, ESC, traction control, front and rear parking sensors and much more. The exact equipment list on the India-spec model will be revealed at launch.

The new NX 350h gets a 192hp, 2.5-litre Atkinson cycle engine. The petrol mill is mated to a set of e-motors on the front and rear axles, giving the SUV a combined output of 244hp in all-wheel-drive form. The power is transmitted to the wheels via a 6-step e-CVT gearbox. A front-wheel-drive iteration of the 350h is also available abroad.

The Lexus NX 350h in India will rival other luxury SUVs like the Audi Q5, the recently facelifted BMW X3, the Mercedes-Benz GLC and the Volvo XC60.